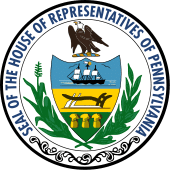 Pokrowka was instrumental in getting this bill to fruition, having brought the two-person crew issue to the Pa. House of Representatives’ attention almost a year ago. Transportation Committee Chairman John Taylor (R – District 177), has asked Pokrowka to act as a presenter at the hearing.

“(a) No train or light engine used in connection with the movement of freight may be operated unless it has a crew consisting of at least two individuals.

“(b) Any person who willfully violates this section shall be guilty of a summary offense and shall, upon conviction, be sentenced to pay the following:

“(c) The provisions of subsection (a) do not apply to hostler service or utility employees.”

Pokrowka encourages all Pennsylvania members to attend this important public hearing in support of H.B. 1797. 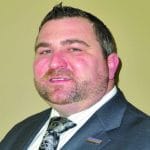 Transportation Division Pennsylvania State Legislative Director Paul Pokrowka asks that all members from the state call their Republican house representatives and ask them to support the state’s two-person crew bill.

Representative Jim Marshall (R-Dist. 14) is the prime sponsor of the bill. Marshall serves on the Pa. House Transportation Committee and is chairman of its Subcommittee on Transportation Safety. The language of the bill is out as a memo right now to gain co-sponsors and will be introduced as a bill soon.

Pokrowka reports that the language of the bill cannot require a certified conductor and a certified engineer due to a case from the U.S. Court of Appeals for the 7th Circuit that held that a state could not require certified engineers or conductors and such state law must be limited to requiring two persons (BNSF v. Doyle, 186 F. 3d 790 (7th Cir. 1999)).

“The bill has a much better chance of passing if the bill is supported by Republicans from the Republican-controlled House,” said Pokrowka. “I feel strongly that we will get this bill out of committee.

Pokrowka asks that SMART members in the state contact Taylor to thank him for his support and ask him to keep his promise to draft the bill. “Because Rep. Taylor is the chairperson of the Transportation Committee, any member in the state can contact him,” Pokrowka said. “You do not need to be a resident of his district.”