“Our Political Action Committee’s identity is now more in line with the status of our union after its merger with the Sheet Metal Workers International Association,” Transportation Division President John Previsich said. “But our PAC’s mission — to offer financial support to transportation labor-friendly political candidates who keep the interests of our union members and our alumni at heart — has not changed one bit.”

With more than 28,000 contributors from the ranks of Transportation Division members, alumni, officers and others, we continue to advocate for the issues that are front and center to our brothers and sisters: advancing two-person crew legislation for freight rail operations around the country and hours-of-service regulations for yardmasters; protecting our bus and transit members from assault on the job; and many other safety and transportation-related issues. Our efforts are critical to assuring a safe and healthy place to work and securing the future for your family.

President Previsich encourages every member and alum to become a PAC member. “The money you donate — no matter what amount — helps us in that goal,” Previsich said. “Give what you can, and you will be doing your part to help our union support candidates who are in favor of common-sense transportation legislation.”

Labor unions are funneling cash to a super-PAC tied to a former lawmaker that is working to elect centrist Republicans to Congress.

Unions have contributed about $765,000 so far to the Defending Main Street Super-PAC, which is associated with former GOP lawmaker Steve LaTourette (R-Ohio), according to Federal Election Commission records.

The SMART Transportation Division PAC contest recently concluded this past Labor Day with a total of $30,445 raised in PAC contributions. The person who raised the most amount for PAC was James E. Carrico, Jr., of Local 333 of North Vernon, Ind., with $5,660 raised. Coming in a close second was Michael Dunham of Local 311 of La Crosse, Wis., with $5,545.

When asked why he participated, Carrico said, “It’s part of my job as being an LR (Local Legislative Representative) and it was a challenge. Kenny (Edwards), the state director of Indiana, also convinced me to give it a try as well as at the urgings of others.”

To get the donations, Carrico went to local meetings to get members to sign up. “I wish we had more time to get more people to sign up. I think we could’ve gotten a lot more if the contest had lasted longer,” Carrico said of his efforts. “Really, I didn’t do anything. It was the members who stepped up and made it happen.

“PAC is important. I’ve been around PAC my whole life, what with my dad (James Carrico, Sr.) being state director. I’ve seen how it’s good for the future of the working people. “

Carrico got six new members to commit to donating to PAC and the rest of the money he raised came from members who already donated in which he got to pledge to increase their donations.

The contest offered a round trip to Washington D.C. for two for three days and two nights with a tour of the U.S. Capitol, Supreme Court and Union Station. The trip also included access to the Smithsonian museums, dinner with the National Legislative Office leadership, a Congressional office visit with members of congress and a SmarTrip METRO pass. As second place winner, Dunham received a SMART TD watch.

Of course, Carrico and Dunham are both PAC club members.

Members wishing to contribute to PAC or to increase their donations can visit our webpage to learn more.

Whether we like it or not, union busting is a part of our world history. Unions have always fought against big business, government and those that would trample the everyday union worker.

The union busting that occurred last year in Wisconsin, Ohio, Arizona and other states continues today, with local and state governments trying to push through right-to-work (for less) legislation.

The death of the “Iron Lady” Margaret Thatcher makes us remember that union-busting is not just here in the United States, but is a world-wide issue. During her time in office from May 1979 to November 1990, Thatcher’s legacy of union busting was world renown. She was able to pass legislation to take away the rights of the union worker like none other was able to do before her.

Last year, Gov. Scott Walker tried to take a page out of Thatcher’s notebook when he tried to put through union-busting legislation in Wisconsin. Many were shocked when they heard about the legislation that Walker was trying to pass. Other states were quick to follow Walker’s example and tried to push through their own right-to-work and union-busting laws. This was our wake up call to come together in solidarity and fight like the unions fought in the days of Thatcher’s reign.

We must be diligent in our watch and stay informed about those who want to take away our rights as workers. One way to do this is to contribute to the UTU’s PAC fund. This fund enables us to stay alert and fight the legislation that would harm the middle-class worker and take away our hard-won rights.

Let Thatcher and Walker be reminders to us that we need to band together as unions in solidarity and continue to stay alert to fight against union-busting legislation.

Gov. John Kasich intends to sign the bill into law.

The legislation bars strikes by public employees and limits collective bargaining to wages — but only if the public body chooses to bargain collectively. Otherwise, wages — as well as health care benefits, pensions and outsourcing — will be set unilaterally by public bodies.

The bill also limits payroll deduction for union political action committees and eliminates the use of seniority in determining layoffs.

In the works is a voter referendum for the fall that would overturn the legislation. The UTU, through the newly created UTU Collective Bargaining Defense Fund, will help in that effort.

A labor-law professor at Ohio State University told The New York Times, “The essence of collective bargaining is when you can’t agree on terms of a contract, you have a dispute resolution mechanism, by strikes or perhaps binding arbitration. Here, you have none of that. That’s not collective bargaining. I’d call it collective begging. It’s a conversation that ends whenever an employer decides that it ends.”

Said the president of the American Federation of State, County and Municipal Employees: “[The legislation] undermines our basic American values by attacking the right of Ohio workers to have a voice on the job.””

In Wisconsin, similar legislation was passed without Democrats voting; and is now being challenged in state courts.

Other states, where right-wing extremists control the legislature — as in Ohio and Wisconsin — are also considering Ohio- and Wisconsin-like anti-union legislation.

To learn more of what is happening in your state, contact your state legislative director.

The United Transportation Union Board of Directors Feb. 28 voted that funds from the UTU’s Education Fund be made available to assist union brothers and sisters in various states whose collective-bargaining rights, right to strike, union membership and check-off privileges for PAC contributions are under attack by extreme right-wing lawmakers.

UTU International President Mike Futhey, a member of the AFL-CIO Executive Council, is in Washington, D.C., this week meeting with federation President Rich Trumka and other AFL-CIO Executive Committee members on strategies and events that will be most effective in combating union-busting efforts of state legislatures.

The UTU will coordinate its activities with the AFL-CIO and other federation unions.

Also under discussion is creation of a nationwide fund to which other unions and union members might contribute to assist in the effort to combat union-busting. 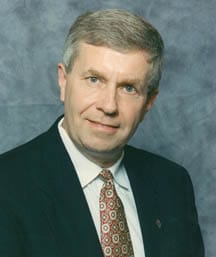 With the election over, change has come to Washington. Since 2001, the congressional political majority has shifted three times. New majorities are nothing new to our UTU legislative team.

While most UTU-endorsed candidates were re-elected, we did lose friends with whom we had long and positive relationships. Thankfully, the UTU is a bipartisan organization that works with lawmakers on both sides of the political aisle.

In the now Republican-controlled House of Representatives, there will be new committee chairpersons – those posts mean everything. Chairpersons decide which bills have hearings and are moved to the House floor for a vote.

Rep. John Mica (R-Fla.) – very knowledgeable on rail, bus and transit issues, and an advocate of investment in infrastructure – likely will chair the Transportation & Infrastructure Committee, where most transportation legislation is first considered. He is one of many Republicans endorsed by the UTU and has exhibited strong support for Railroad Retirement. His door is always open to hear UTU concerns on legislation affecting our membership.

In the Senate, the key committee for transportation legislation is the Commerce Committee, and it likely will continue to be chaired by Sen. Jay Rockefeller (D-W. Va.), another UTU friend. Job number one for the National Legislative Office and talented state legislative directors now is to establish and maintain a dialogue with the newly elected members of Congress and state legislatures – Democrats and Republicans.

Our message will be consistent and focused on job security, better benefits and workplace safety.

Our UTU PAC will continue to be a crucial tool we use to influence legislation. Our UTU PAC helps to establish and maintain relationships. Working families cannot afford to write the large checks provided election campaigns by corporations and wealthy executives. We counter those efforts through our UTU PAC.

Our goal is to have every UTU member registered to vote, paying attention to the issues and contributing $1 per day to the UTU PAC.

You can commit to the UTU PAC by contacting the treasurer of your local, or by calling our Washington legislative office at (202) 543-7714.

Be assured that the UTU will continue working to protect Social Security and Railroad Retirement benefits, secure dependable funding for Amtrak and transit systems, make our jobs more secure and the workplace safer.

UTU Local 1075 Secretary-Treasurer John Purcell says he and other members of his Trenton, Mich., local had “no clue of what the UTU PAC was. No one had ever explained how it worked” until Gibson showed up at a union local meeting.

Purcell credits Gibson with educating the local’s members “on how PAC funds are used and the benefits the PAC provides. I started contributing myself immediately and began to encourage others to do the same,” Purcell said in a recent e-mail he sent Gibson.

“The value of the UTU PAC was further driven home after my attendance at the regional meetings where I learned what was being done in Washington D.C., and the impact of our PAC funds there,” Purcell said.

More recently, Purcell said the UTU’s get-out-the vote drive for the Nov. 2 elections was a success. Post cards sent members through a project of the National Legislative Office “reached the members’ homes and several contacted me and asked questions,” Purcell said.

“I provided information which included that the UTU PAC is not a partisan program and that it supports candidates that support us regardless of party affiliation,” Purcell said. “I used the information provided, which listed successful legislation that has improved safety and benefits.

“All of this resulted in 12 members either increasing their UTU PAC donation or becoming new donors all together,” Purcell said.