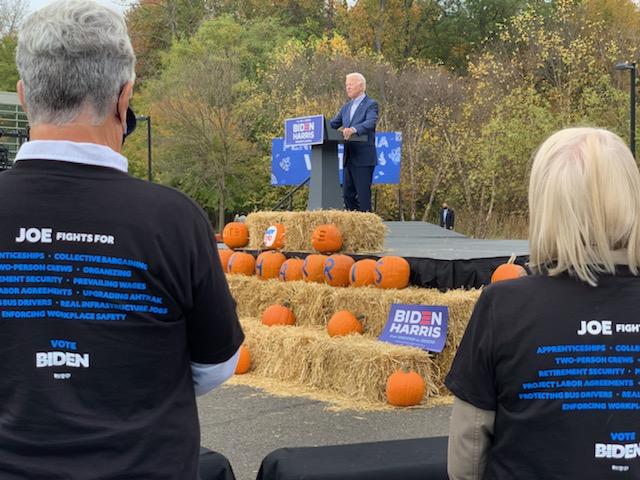 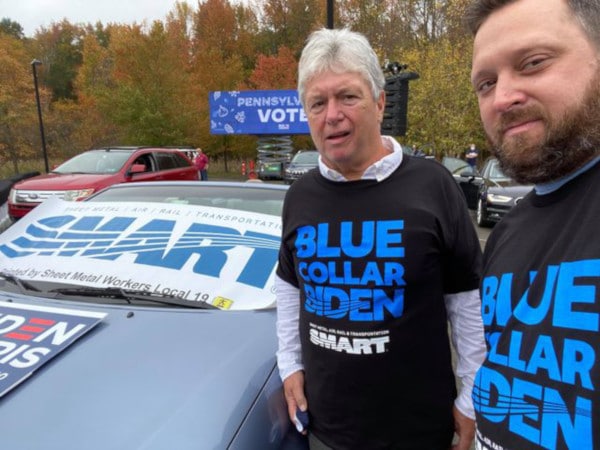 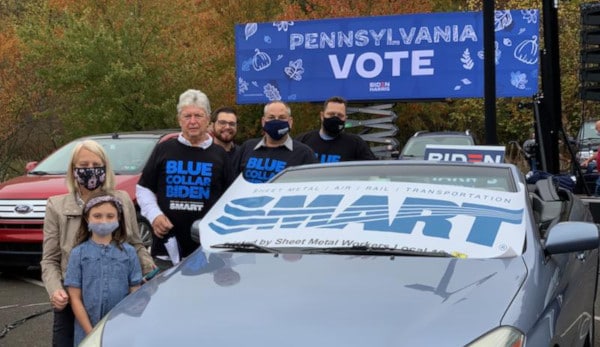 Essential employees’ workers compensation claims are routinely rejected by employers because the employees can’t prove they contracted COVID-19 at their place of work. This law shifts the burden of proof to the employer in state workers’ compensation claims for essential workers who interact with the public and contract COVID-19 during the declared state of emergency.

“This is the strongest law in the country for essential workers,” said New Jersey State Legislative Director Ron Sabol, who worked in conjunction with the state AFL-CIO in order to get legislators to pass and Murphy to sign the bill. “The governor and state legislators have taken strong action to protect TD members and all of our essential workers who were and continue to face the risk of being exposed to COVID during the course of doing their jobs.”

Most of the laws that were booked in states involving protecting essential workers nationwide were simply executive orders — limited in scope covering just police, fire and medical workers. The CARES Act passed in the early months of the pandemic only included financial coverage of testing for the virus. The New Jersey law covers all workers who are out of work because of COVID-19 who miss an extended period of time from their job, Sabol said.

“It covers the medical part of everything,” Sabol said. “If you had a person who got sick from COVID and you were out for weeks, it’s now covered by workers’ compensation.”

The bill covers the period from March 9, when Gov. Murphy declared a state emergency because of the coronavirus pandemic.

A second bill — S-2476 — is being considered that enhances death benefits for workers who passed from COVID-19.

Read the Assembly Committee statement about the bill. 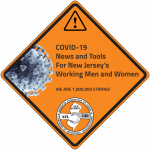 New Jersey State Legislative Director Ron Sabol reports that the state AFL-CIO has established a clearinghouse to provide people with state-specific information about the COVID-19 pandemic.

Sabol has been working closely with the AFL-CIO to distribute information to members, especially those employed by New Jersey Transit, which has been particularly hard-hit by the pandemic.

David Rasmussen, legislative representative for SMART Transportation Division Local 60 (Newark, N.J.), has been nominated as the rail labor representative on the New Jersey Transit (NJT) board by Gov. Phil Murphy.

“A strong NJ TRANSIT Board is critical to ensuring a leadership team whose sole focus is on restoring safety, reliability, and accountability to commuters,” Murphy said in a March 21 news release. “I thank the Legislature, the Labor community, and our colleagues in transportation for their input, and I look forward to working with the new board members.”

Rasmussen has been Local 60’s legislative rep. since late 2015. Prior officer positions the 53-year-old from Woodbridge has held include vice chairperson of GCA-610 and vice local chairperson of LCA-610. He is among seven new nominees to the board who still must be confirmed by the state’s Senate.

“I feel I will be an asset to the board as I will bring my nearly 30 years’ experience as a conductor at NJT. Through my career I’ve worked at nearly every terminal and at yard facilities within NJT. I have also worked all types of services that govern our responsibilities,” Rasmussen said. “I feel this will serve the board well, as the other members can lean on me and my experience to identify best possible solutions to resolve any problem, issues or changes the board may be considering.”

The addition of the new board members was part of a restructuring of the transit agency, which is dealing with financial pressures and a shortage of engineers that happened late last year. Murphy’s signing of the overhaul in late December was a win for the N.J. State Legislative Board.

“This piece of legislation adds the largest rail union (SMART TD) to the Board of Directors at NJT. We advocated for this for two years,” New Jersey State Legislative Director Ron Sabol said at the time of the signing. “This was a huge undertaking by our office, and it has paid off.”

Among the changes brought about by the bill:

A bill called the Transportation Funding Fairness Act (TFFA), introduced by first-term U.S. Rep. Tom Malinowski (D) of New Jersey, would give more latitude for states to use federal funds to help pay for projects, such as the Gateway Tunnel between New York and New Jersey.

“The TFFA will clear one of the obstacles the administration has placed in the path of building Gateway, and other similar projects around the country,” Malinowski said in a press release. “Funding for infrastructure is one issue on which I think the Congress can make progress this year, and this bill can be an important part of that effort.”

The bill (H.R.731), introduced Jan. 23, had seven co-sponsors as of Jan. 28 and the endorsement of SMART Transportation Division and the Amalgamated Transit Union.