The Federal Railroad Administration (FRA) received one urgent safety recommendation based on NTSB findings in the agency’s investigation of the Feb. 4, 2018, collision of an Amtrak train and a CSX train near Cayce, S.C. The conductor and engineer of the Amtrak train died as a result of the collision. The NTSB issued two urgent safety recommendations to the Metropolitan Transportation Authority (MTA) based on findings from its investigation of the June 10, 2017, Long Island Rail Road (LIRR) accident in which a roadway worker died near Queens Village, N.Y.

In the investigation of the train collision in Cayce, South Carolina, investigators found that on the day before the accident, CSX personnel suspended the traffic control signal system to install updated traffic control system components for the implementation of positive train control (PTC). The lack of signals required dispatchers to use track warrants to move trains through the work territory.

In this accident, and in a similar March 14, 2016, accident in Granger, Wyo., safe movement of the trains, through the signal suspension, depended upon proper switch alignment. That switch alignment relied on error-free manual work, which was not safeguarded by either technology or supervision, creating a single point of failure.

The NTSB concludes additional measures are needed to ensure safe operations during signal suspension and so issued an urgent safety recommendation to the FRA seeking an emergency order directing restricted speed for trains or locomotives passing through signal suspensions when a switch has been reported relined for a main track.

“The installation of the life-saving positive train control technology on the CSX tracks is not the cause of the Cayce, S.C. train collision,” said NTSB Chairman Robert Sumwalt.

“While the collision remains under investigation, we know that signal suspensions are an unusual operating condition, used for signal maintenance, repair and installation, that have the potential to increase the risk of train collisions. That risk was not mitigated in the Cayce collision. Our recommendation, if implemented, works to mitigate that increased risk.” said Sumwalt.

During the investigation of the LIRR accident, the NTSB identified an improper practice by LIRR roadway workers who were working on or near the tracks. LIRR employees were using “train approach warning” as their method of on-track safety, but they did not clear the track, as required, when trains approached and their “predetermined place of safety” did not comply with LIRR rules and procedures.

The NTSB is concerned LIRR management is overlooking and therefore normalizing noncompliance with safety rules and regulations for proper clearing of tracks while using “train approach warning” for worker protection. The two urgent safety recommendations to the MTA call for MTA to audit LIRR’s use of “train approach warning” for worker protection, and, to implement corrective action for deficiencies found through the audit.

Railway Age reported that the New York Metropolitan Transportation Authority (MTA) released a request for proposals (RFP) for the upcoming purchase of 940 subway cars worth an estimated $3.2 billion.

The MTA’s inclusion of the U.S. Employment Plan in this latest purchase, as advocated by the group Jobs to Move America, could help support up to 33,165 U.S. jobs.

Metropolitan Transportation Authority (MTA) officials Tuesday began the process of breaking through the floor of Grand Central Terminal in New York City, marking the start of construction on one of several access points that will connect the terminal to a new concourse for Long Island Rail Road (LIRR) passengers being built below.

That concourse is part of the East Side Access construction project, which will bring LIRR trains into Grand Central, MTA officials said in a press release.

Michael Horodniceanu, president of MTA Capital Construction Co., struck the concrete floor with a pickax, signifying the start of work to remove the section of floor to make way for new escalators and stairways. He was joined by MTA Metro-North Railroad President Joseph Giulietti and LIRR President Nowakowski, along with East Side Access project and construction staff.

HARTFORD, Conn. – Federal transportation officials and the Metropolitan Transportation Agency have agreed on a nearly $1 billion federal loan to install technology that could slow trains when necessary on Metro-North Railroad and Long Island Railroad.

Sen. Richard Blumenthal, D-Conn., said Wednesday the Federal Railroad Administration and Metropolitan Transit Authority agreed on a $967 million loan to install Positive Train Control technology. It automatically slows the train if the operator or a malfunction places it in jeopardy.

Aaron Donovan, a spokesman for the MTA, said Metro-North and the LIRR are putting in place the system, which includes installing on-board components for 1,455 rail cars and transponders.

The MTA is about to get a little more CSI.

City bus drivers will soon be armed with DNA swabs to gather evidence in the all-too-common event of an unhinged passenger spitting on them.

Transit workers catch a loogie 14 times a month, the MTA estimated in 2011.

Montgomery is a 27-year veteran of New York’s Metropolitan Transit Administration (MTA), the parent of SIR. The SIR’s 265 employees serve some 25,000 passengers daily at 22 stations over a 14.3 mile route.

Montgomery most recently was an MTA subway general manager, and previously was a car cleaner, locomotive engineer and then official with another MTA subsidiary, the Long Island Rail Road. 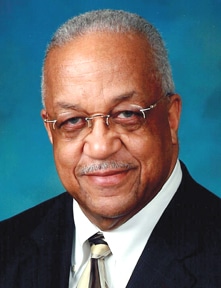 Contract negotiations are underway between the UTU and the Los Angeles County Metropolitan Transportation Authority (LACMTA).

As required by California law, the parties exchanged proposals prior to April 1, and, as also dictated by state law, began bargaining April 30.

The proposals exchanged were basically the same as those that resulted in the current one-year contract.

As usual, the MTA is crying poor; and in its proposed guidelines for the agency’s 2011 budget, there is absolutely no money for labor union members.

We also expect that the agency will be looking for some give-backs, but our negotiating committee is determined that despite the economic climate, we will preserve what our members already have, and explore every possible avenue to see what improvements might be made, monetarily or otherwise.

Unfortunately, the political atmosphere is not favorable because the majority of MTA board members represent the City or County of Los Angeles, whose employees have a wage freeze.

The safety and well being of our members depends on this union strongly enforcing the provisions of our labor contract, and I am proud of the job this general committee’s members and officers are doing in this regard.

It is not going to be easy, but this general committee has the strength and determination to bring our members a contract that protects them and their families.

Our members deserve nothing less.