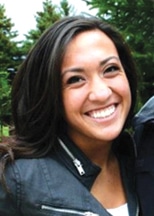 A vote in the Republican-controlled Wisconsin House is expected Thursday.

“In 30 minutes, 18 state senators undid 50 years of civil rights in Wisconsin,” said Democratic Senate Majority Leader Mark Miller. “Tonight, 18 senate Republicans conspired to take government away from the people. Tomorrow we will join the people of Wisconsin in taking back their government.” It was a half-century ago that the Wisconsin legislature gave public employees a right of collective bargaining.

Wisconsin’s union-busting bill had been stalled after senate Democrats fled the state three weeks ago to prevent a necessary quorum for the Republican majority to pass the legislation. But Republicans stripped from the legislation all spending provisions, which allowed the bill, under the state senate’s parliamentary procedures, to be voted on without a quorum.

The Associated Press reports that prior to the vote, Republicans had been considering concessions earlier offered by Gov. Scott Walker. But when, according to the Associated Press, union leaders and senate Democrats said the concessions weren’t enough, the Republican majority changed tactics, stripping the spending provisions from the bill and voting it out.

There was more bad news for union members and collective bargaining rights.

In Michigan, March 9, the senate passed legislation giving cities and school districts authority to terminate union contracts and end collective bargaining rights for public employees. A similar bill was previously passed by the Republican-controlled Michigan House of Representatives. Once the slight differences in the bills are resolved, Republican Gov. Rick Snyder is expected to sign the bill into law.

In Ohio, where the state senate already voted to strip collective bargaining rights from public employees, the Republican-controlled House is preparing to consider the bill.

In Indiana, a three-week standoff continues after 40 House Democrats fled the state to prevent a quorum and stall legislation revoking public-employee collective bargaining rights. A labor-rally, expected to draw some 20,000, is scheduled for the state capital Thursday.

And in Idaho, the House and Senate have passed legislation stripping collective bargaining rights for teachers. The governor is expected to sign it into law.