Long Island Rail Road (LIRR) implemented planned service cuts the morning of Monday, March 8, in spite of objections made weeks ago by union leadership and echoed by New York state senators just before the cuts went into effect. 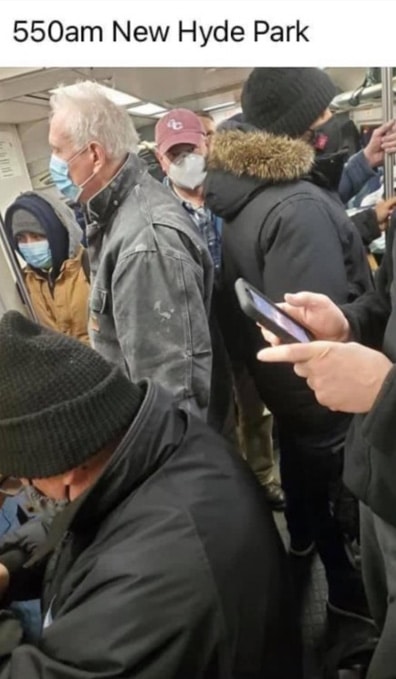 Crowded cars and the potential for the early morning commute from places like New Hyde Park or Jamaica Station to become a COVID spreader event with no opportunity for social distancing, as shown by photos provided to SMART-TD Alternate Vice President Anthony Simon by frontline workers, thousands of whom he represents as general chairperson of GCA-505.

“These reductions have now made Long Island Rail Road service unsafe as far as allowing for social distancing is concerned,” Simon said.

In response to LIRR leadership’s implementation of the cuts, which reduced weekday service to the equivalent of what the system offers on the weekend, more than 3,000 unionized workers from SMART, SMART-TD and six other labor unions submitted the following message via email on March 8:

“WE THE UNDERSIGNED; ARE LIRR WORKERS WHO ARE OUTRAGED BY THE DECISION TO REDUCE SERVICE FOR LIRR RIDERS AT A TIME WHEN OPENING THE ECONOMY, CONTINUED DISTANCING, INCENTIVIZING CUSTOMERS TO RETURN AND PRIORITIZING THE USE OF FEDERAL DOLLARS IS CRUCIAL TO A FULL AND SAFE RECOVERY. WE ARE DISGUSTED THAT THE IMPLEMENTATION OF THESE CUTS AND THE INSENSITIVITY TO OUR QUALITY OF LIFE FOR OUR FRONT-LINE CRAFTS HAS DESTROYED OUR MORALE AND TRUST IN THE AGENCY. WE DEMAND YOU LISTEN TO YOUR “HEROES” AND RESTORE SERVICE FOR THE BETTERMENT OF OUR SYSTEM.”

“The MTA’s desire to outsource our work, disregard our membership’s quality of life and forget about what we have delivered throughout a global pandemic is inexcusable,” the union leaders stated. “We certainly hope you can get on the right track in winning us back for the good of this great railroad that we have built and have always been proud to serve. Until then, we will continue to work hard for our customers with the understanding that there is a lack of good faith and insufficient appreciation toward our members from leadership.”