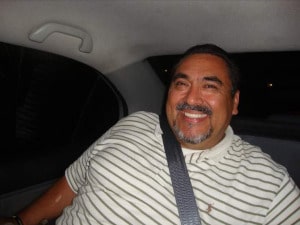 An engineer with BNSF, he joined our union in February 1995.

“Fellow employees state that Mike was hard-working, respected and kind,” California State Legislative Director Louis Costa said. “He always made railroad get-togethers with his union brothers and sisters a priority.

“Mike was larger than life, his kindness, his funny laugh and his ability to be a leader in the railroad family was not rivaled,” Costa said. “He will be deeply missed.”

Brother Gaitan is survived by his wife, Alice, and four children, Megan, Mike Jr., Santiago and Dolores. He also had two grandchildren.

The SMART Transportation Division offers its heartfelt condolences to Brother Gaitan’s family, his friends and to all of his brothers and sisters in Local 1241.

The SMART Transportation Division’s National Safety Team has assigned one of its members to assist the National Transportation Safety Board in its investigation of the crash and derailment of a Metrolink commuter train in Ventura County in California Feb. 24.

Twenty-eight people were injured, four of them critically, when the five-car Metrolink commuter train traveling from Ventura County to Los Angeles struck a truck on the tracks and derailed.

Safety Team Investigator Louis Costa of Local 1241 at Richmond, Calif., will assist the NTSB in determining the facts of the accident.

Safety Team members are selected by the SMART Transportation Division president based upon their knowledge of operating rules and understanding of general railroad operations, train movements and dispatching. When a major rail accident occurs, the NST coordinator immediately assigns one or more NST members to assist in the investigation.

The NTSB has sent a go-team to investigate yesterday’s accident in Oxnard, Calif. Robert Accetta is leading the team as investigator-in-charge. NTSB Board Member Robert L. Sumwalt is accompanying the team and will serve as the principal spokesman during the on-scene phase of the investigation.

A Federal Railroad Administration spokesperson said, “Federal Railroad Administration investigators are en route to the scene, and they will conduct a thorough investigation to determine the factors that contributed to this accident. Safety must be every railroad’s absolute top priority. We will establish what lapses, if any, occurred and order any necessary corrective actions.”