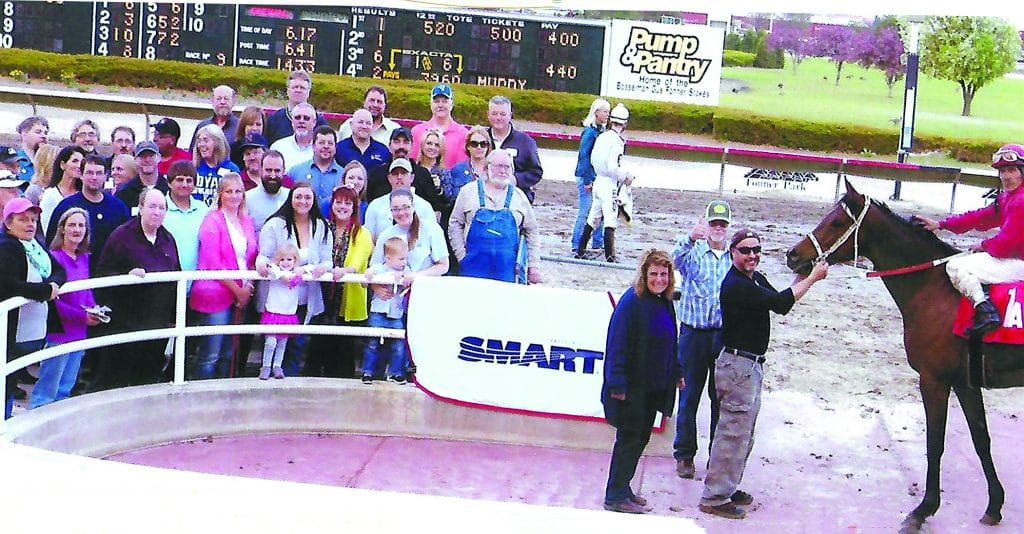 This year the race will be in honor of the late General President Joe Nigro. Nigro attended this event in 2014 at a time when the SMART merger was still contentious.

“Joe was amazing. He won over everyone attending that day and calmed everyone’s nerves as to the future of the union,” said Vice Local Chairperson Rich Mohr. “We are hoping to present to someone from the international a framed photo from that day in hopes that it will be forwarded to Joe’s family.”

For those who RSVP, free clubhouse seating, programs and food will be available. A free catered barbeque will follow the races at Boarders Inn and Suites, 3333 Ramada Road, Grand Island, NE 68801.

There will be a free shuttle between Fonner Park and the hotel. Boarders Inn and Suites is also offering a discounted member rate and free breakfast. To take advantage, call the hotel at 308-384-5150.

“Please come and enjoy a day at the horse races with your SMART union brothers and sisters. There will be food, drinks and a good time will be had by all,” Mohr said.

UTU Local 367 represented employees of Nebraska Central Railroad, which includes all crafts, have ratified a wage, rules and working conditions agreement with an 80 percent plurality.

The three praised the efforts of Local 367 Chairperson Brandon Glendy in determining member concerns prior to negotiations, and then assisting with negotiations and explaining to members the tentative agreement prior to its overwhelming ratification.

The local lost one of its members in June 2010 when 38-year-old conductor Jeffrey Scholl died in the collapse of a railroad bridge into the flood-swollen Elkhorn River. Two other members of Local 367 were injured in the bridge collapse.