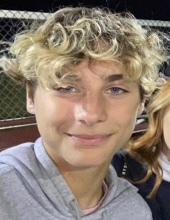 Local 904 (Evansville, Ind.) S&T Brian Hall reports that the local has opened a GoFundMe page to support CSX yardmaster and Local 1963 (Louisville, Ky.) member Jason P. Melton and his family after his 13-year-old son tragically took his own life on Sunday, Oct. 17.

Melton’s son, James “JP”, was born July 1, 2008, in Madisonville, Ky., to Jason P. and Joy Morgan Melton. He is survived by his parents; sister, Lillie Melton; brother, Matthew Melton; grandparents, Alan and Kathy Morgan, Steve and Susan Melton; along with many uncles, aunts and cousins. He was preceded in death by his great-grandparents and brother, Christopher Melton.