In a joint venture, Alaska’s White Pass and Yukon Route Railroad (WP&Y) is being sold to Survey Point Holdings (majority owners) and Carnival/Holland America (minority owners). The deal is set to be final Aug. 1.

“Both companies have experience operating in Southeast Alaska, specifically in port operations and tourism, which dovetails nicely with our MO,” White Pass Local Chairperson Chris Williams said. “Suffice to say, we are cautiously optimistic.”

Begun in 1898 during the Klondike Gold Rush, the WP&Y today caters to the tourist trade. The narrow-gauge railroad operates on the first 67.5 miles (Skagway, Alaska to Carcross, Yukon) of the original 110-mile line. The operation is designated as an International Historic Civil Engineering Landmark.

SMART Transportation Division members out of Local 1626 were among the recipients of the Gold Spike award from Alaska Railroad in late January.

Members Benjamin Bowen, Ryan Diehl, Caitlin Elison, Joshua Robinson, Bryan Sooter and Steven Tennison were among those who received a team award for “a sustained level of excellent performance and team-driven professional development, which in turn, improved train transportation performance.” 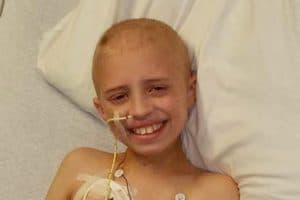 Twelve-year-old Lucas Dinsmore, son of Local 1626 member TJ Dinsmore, is being treated for Lymphoma for the second time. The Dinsmores lost an older son to Leukemia when Lucas was 15 months old.

Local 1626 President Vern Gillis wrote the following plea for help on behalf of Brother Dinsmore and his family.

“As we get older we start being able to put all things into perspective. What I know for sure is that family is not just an important thing, it’s everything. For us wage-earners we soldier on every day for the sake of our families, we work hard to provide all the love, health and wealth we can manage. When one of our union brothers or sisters is suffering, it affects us all.

“The Alaska Railroad Local 1626 has a long-standing tradition of taking care of its members and now we are reaching out to you to help us in a time of profound need. TJ Dinsmore is a third-generation railroader whose son Lucas, now 12-years-old, was diagnosed with lymphoma at the age of 5. Lucas was treated and appeared cancer-free until August 2016.

“Leukemia has already devastated this family as Lucas’ older brother died in 2004 after losing his battle to the disease. TJ’s family knows what it means to deal with indescribable emotional and financial pain.

“Local 1626 has been showing support and compassion for the family as best we can through these tough times: through visits, fundraising efforts, vacation-time donations and anything else we can think of to help.

“We’ve generated support in non-traditional ways, too. Recently, our members unanimously voted to donate a sizeable amount of money to Lucas’ family after settling several grievances with a carrier; retired Engineer/Terminal Manager Pete Hackenberger designed special Alaska Railroad hats made up with ‘Go Lucas’ on the side with all proceeds going to the family; and in our community the Anchorage Great Harvest Bread Company set up a program called Loafs of Love and sold 1,000 loaves of specialty breads, donating all proceeds to the Dinsmore family.

“It has been an honor to support the Dinsmore’s, but it hasn’t been enough. An Alaska Railroad employee created a GoFundMe page in order to fund the balance of tests and treatments Lucas has already received, but it hasn’t generated the amount necessary to cover those expenses. In the spirit of family, we ask you to consider supporting Brother Dinsmore and Lucas on this impossible journey.”

Members can make a donation by going to https://www.gofundme.com/p/tmw3.