A union sister is trying to help the most important woman in her life receive the care she needs after two devastating strokes. 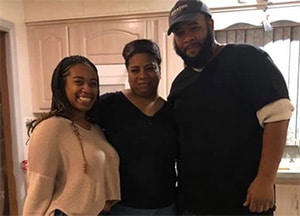 Local 1558 member Jenell Rose, left, stands with her mom, Kecia Jordan, president of Local 1558, in this photo that was taken prior to Sister Jordan’s strokes.

Member Jenell Rose of Local 1558 (Bergenfield, N.J.) has started an online fundraiser after her mother Kecia Jordan, the president of Local 1558, had a pair of strokes.

The medical crisis began when Sister Jordan, 51, caught COVID-19 and was unable to work for Rockland Coaches.

“Within a few days of her diagnosis, COVID-19 caused her to have a stroke,” said General Chairperson Richard Finley (GCA-RCL).

Sister Jordan was hospitalized as a result of the first stroke and was receiving care when she had a second stroke. She has been in recovery ever since and three weeks ago entered a rehabilitation facility, Finley said.

“Kecia has been a valued member of our local. Fortunately, she is starting to recover,” Finley said. “She is learning how to do all the basic stuff that we have taken for granted in our lives. Due to this medical condition, this has devastated her financially.”

Sister Jordan not only is a local president. She works with Finley as GCA secretary and is also secretary for LCA RCL1. Most importantly, she’s an inspiration and guiding light for her daughter and fellow union member.

“She is an amazing woman, the biggest heart and forever my number one supporter. I would do anything to have my mother back to her normal self,” Sister Rose wrote on GoFundMe. “I know everything takes time so I’m here for anything & everything she needs. We as the family are doing the best we can to maintain all that she has as well as fixing her home so she’s able to recover as best and fast as possible.”

If able to help, please donate via GoFundMe. 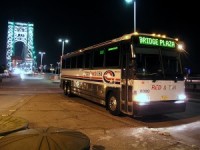 Lohud: The Journal News reports that Rockland Coaches is set to receive 64 new buses for its Red and Tan Line, paid for by New Jersey Transit. Each new bus will hold 57 passengers and feature wireless internet. “The upgrade is fantastic news to us. I’m sure the ridership will appreciate that as well,” Sean Hughes, Coach USA’s director of corporate affairs, told Lohud. Click here to read the full story. Members of SMART Transportation Division Local 1558 at Bergenfield, N.J., are employed by Rockland Coaches and drive the Red and Tan Line. Rockland Coaches is a leading provider of motorcoach commuter and transit services. Rockland operates a fixed route service to New York City from and through Rockland County in New York State, and Bergen and Hudson Counties in New Jersey.