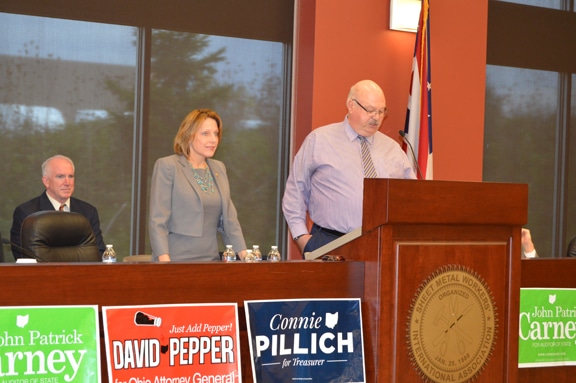 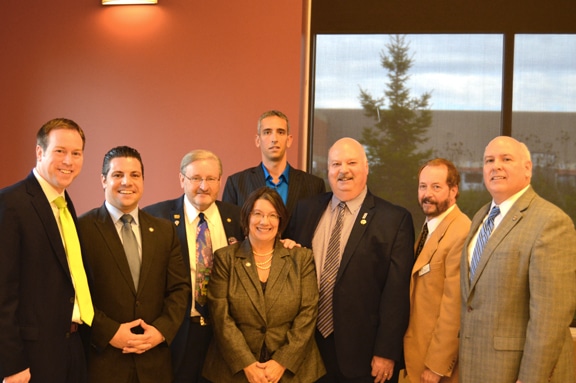 State Republican Sen. Kevin Bacon, the Labor Committee chairman, told the newspaper, there would not be a vote on the bill Tuesday afternoon, nor would amendments be offered.

UTU Ohio State Legislative Director Glenn Newsom said that tens of thousands of telephone calls, emails and protest rallies are having an impact on Republican supporters of SB 5. For more information on how to help in Ohio, click on the link at the bottom of this article.

Were SB 5 to move out of committee and eventually become law in Ohio, state workers would no longer be permitted to engage in collective bargaining, through their unions, for health care or working conditions. Even binding arbitration would be scrapped.

Click on the following link to learn how you might help preserve collective-bargaining rights for public employees in Ohio: