Soloviyov, of Stanhope, Iowa, and a member of UTU Local 867 (Des Moines) had seven years of service. Reports indicate he was part of a three-person conventional switching crew when pinned between two cuts of freight cars.

George, as he was known, was a native of Kiev, Ukraine, who married an American serving there as a missionary. They relocated to the United States and George earned his American citizenship in 2004. Surviving, in addition to his wife, Lori, are two sons, Yuri and Aleksei, and two daughters, Tatyana and Katya.

During the month of May, one UTU member was killed  in North Dakota in a rail switching accident, another was murdered on his bus route in Los Angeles, and another lost a foot in Missouri in a yard switching accident.

Initial reports are that Glasgow had mounted the lead car of 28 cars being switched conventionally when the lead car sideswiped other cars. He was pronounced dead at a local hospital following evacuation by a local emergency medical crew. The Federal Railroad Administration is investigating.

Glasgow, of Minot, N.D., who had six years’ service as a maintenance-of-way employee, had been a conductor for some 10 months.

Los Angeles County Metropolitican Transportation Authority (LACMTA) bus operator Alan Thomas was shot to death May 20 aboard his coach in Los Angeles. Click on the following link to learn more about that fatal shooting:

On BNSF in Crystal City, Mo., some 40 miles south of St. Louis, brakeman Mike J. Bolen, 50, reportedly tripped while walking alongside eight cars being conventionally switched and suffered severe trauma to his right leg when struck – but not run over — by one of the moving cars. Hospital physicians reportedly later amputated the brakeman’s right foot. The FRA is also investigating this May 28 accident.

For information on rail safety — including rail yard safety — click on the following link:

More than 40 passengers and another crew member were injured, many seriously. News reports indicate the fourth crewmember suffered minor injuries.

Burlington, on a shoreline of Lake Ontario, is some 40 miles southwest of Toronto and some 70 miles northwest of Buffalo. The passenger train was enroute to Toronto from Niagara Falls.

The VIA Rail train was operating over tracks of Canadian National.

The locomotive, with the three crew members in the cab, reportedly slid violently into a building alongside the tracks. The dead crew members were identified as Ken Simmonds, 56, and Peter Snarr, 52, both of Toronto, and Patrick Robinson, 40, of Cornwall.

Canada’s Transportation Safety Board was dispatched to begin an investigation as to the cause of the deadly derailment.

GARY, Ind. – Michael M. Shoemaker, 55, a conductor and member of UTU Local 1383, was killed Jan. 30 in a switching accident on at U.S. Steel’s Gary Works here. Reports are that he was wedged between two freight cars.

Shoemaker, of Hobart, Ind., was an 10-year employee, of Gary Railway, which is owned by U.S. Steel.

Reports indicate he was working as a foreman in a three-person conventional switching operation when the car he was riding “impacted the side of the standing equipment that the crew had placed” on an adjacent track, pinning him.

The accident is being investigated by the Indiana Occupational Safety and Health Administration. 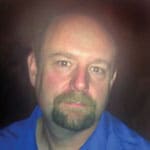 BOTKINS, Ohio – CSX conductor Dennis A. Hemme, 59, became the ninth UTU member to die in an on-the-job accident in 2011 when he reportedly was crushed to death here Sept. 8 during a mainline shove of a stalled train. Botkins is some 110 miles north of Cincinnati.

Hemme, with some six years of service, was a member of UTU Local 14 (Cincinnati) and is survived by his wife and three children.

Just since July 25, six UTU members have been killed in on-the-job accidents.

For more information on UTU members killed on-the-job in 2011, click on the following link:

ABILENE, Kans. – A unidentified Union Pacific employee, operating a hi-rail vehicle, was killed in an accident here with a SUV at a highway-rail grade crossing, reports KAKE television news.

KAKE reported the UP employee was driving the hi-rail vehicle westbound while inspecting track when it was struck at the crossing by the SUV. The SUV driver was hospitalized with unreported injuries.

FRAZER, Mont. — A BNSF conductor and UTU member, along with a BNSF engineer, were killed late Friday night, Aug. 19, when the crew van in which they were riding was involved in a two-vehicle collision on Highway 2 just east of here in eastern Montana.

This was the eighth UTU member fatality in 2011, and the fifth since July 25.

BNSF identified the dead as conductor Blaine Mack, 56, a member of UTU Local 1059 (Minot, N.D.), with 36 years’ service, and engineer Todd Burckhard, 35, with six years’ service. Both resided in Minot. Burckhard previously was a UTU member.

The Billings Gazette reports the westbound Chevrolet Suburban crew van in which Mack and Burckhard were riding collided with an eastbound Dodge pickup that crossed into the westbound lane. The newspaper, quoting the Montana Highway Patrol, reported the Chevrolet crew van “swerved into the eastbound lane to avoid a collision, but the Dodge’s driver corrected it back into the [eastbound] lane at the last moment. The Dodge then crashed into the Chevrolet’s passenger side.”

The unidentified drivers of the Coach America-owned crew van and the pickup were hospitalized with unspecified injuries. The accident is under investigation by the Montana Highway Patrol.

The Coach America crew-van driver reportedly had picked up Mack and Burckhard at Oswego, Mont., at BNSF milepost 251.8, and was transporting them to their away-from-home terminal at Glasgow, Mont.

In March, in Kelso, Wash., a conductor trainee and engineer, along with a Coach America crew-van driver were killed when the van was struck by a BNSF freight train at a private crossing. The conductor trainee, Chris Loehr, had not yet joined the UTU. Seriously injured in that accident was UTU conductor and Local 324 member and trustee Dwight L. Hauck, 51, of Auburn, Wash.

This eighth UTU-member fatality in 2011 equals the total number of UTU members killed in each of the two previous years.

Bleyenberg was working a two-person remote control assignment with a third student-operator, according to reports.

Bleyenberg, 52, of Independence, Mo., was pronounced dead at the scene, according to the Associated Press. He had been a UTU member since 1994.

Bleyenberg is the seventh UTU member killed in an on-duty accident in 2011, the fourth in a yard accident, and the fourth in fewer than 30 days.

Local 5 officers are organizing a “Christmas in October” on Oct. 8 to help Brother Bleyenberg’s family, to give a little TLC to their house and property, Missouri State Legislative Director Ken Menges reports.

Local 5 Legislative Rep. Curt Jones says the Bleyenburg house needs a little painting and winterizing and this event will give a chance for all Tom’s friends and union brothers and sisters to do something that the family will remember for a lifetime.

If anyone would like to help or donate please contact Curt Jones at molocal_5@yahoo.com or State Legislative Director Ken Menges at moutu@embarqmail.com or call (573) 634-3303.

Long Island Rail Road car inspector Russell DeCeck, 48, a member of Local 722, Babylon, N.Y., was killed Sunday, Aug. 14, when he reportedly came in contact with the third rail while working at the carrier’s Babylon yard in West Islip, N.Y.

“On behalf of our entire membership in the UTU family our thoughts and prayers are with Russell’s family and close friends,” LIRR General Chairperson Anthony Simon said. “We are all heartbroken over this tragic loss. This accident is a reminder of just how dangerous railroading can be, and shows the importance of continuing the fight in keeping our members safe.”

DeCeck is the sixth UTU member killed in an on-duty accident in 2011, and the third in a yard accident.

TULSA, Okla. — A BNSF employee and UTU member was killed in a yard accident here Aug. 4 when a vehicle in which she was riding was struck by a flatcar during a hump operation, according to the Oklahoma Highway Patrol and reported by the Tulsa World newspaper.

Deborah Ann Beeler, 39, of Claremore, was pronounced dead at the scene from multiple injuries, reports the newspaper. She was a member of UTU Local 1289 since July 2005.

According to the newspaper report, Beeler was riding a 2010 Kubota RTV that was crossing BNSF’s Cherokee Yard tracks around 2:15 a.m., Aug. 4, when it was hit on the passenger side by the flatcar that was moving by gravity off the hump. She reportedly was pinned in the RTV for two hours before Tulsa Fire Department rescue workers could free her.

Beeler is survived by her husband, Michael, and sons Tyler, 11, and Wyatt, 9.

UTU Local 1289 member Randy Battenfield, 27, who reportedly was operating the RTV, was not injured, according to the newspaper. Battenfield became a UTU member July 1, 35 days prior to the accident.

Beeler is the fifth UTU member killed in an on-duty accident in 2011, and the second in a yard accident.

CHICAGO — A Belt Railway of Chicago switchman and UTU member with three years’ service was crushed to death between two rail cars in a hump yard here just after midnight July 25.

Andres Tapia, 34, a member of UTU Local 1597 (Chicago), and working a two-person remote control assignment, reportedly was found between the two cars by fellow workers after his remote control device broadcast an automatic “man down” alert. He was pronounced dead at a local hospital, according to media reports.

Tapia is the fourth UTU member killed in an on-duty rail accident in 2011.

The accident is being investigated by the Federal Railroad Administration and National Transportation Safety Board.

In April, UTU Local 199 (Creston, Iowa) Vice Local Chairperson and conductor Patricia Hyatt, 48, was killed near McPherson, Iowa, when her eastbound freight train pulling 130 loaded coal hoppers collided with the rear of a second BNSF train. The engineer of the train on which Hyatt was working also was killed.

In June, UTU Local 1732 (San Jose, Calif.) member and conductor Laurette Lee, 68, was killed when her Amtrak train, the California Zephyr, was hit broadside by a tractor-trailer combination at a highway-rail grade crossing near Reno, Nev.

In 2010, eight UTU members were killed in on-duty rail accidents; the same number as 2009.

For more information on rail safety, click on the following link: