“As you are already aware, SMART Transportation Division, Brotherhood of Locomotive Engineers and Trainmen, and other rail labor Organizations take strong exception to certain aspects of FRA’s seemingly absolute and unconditional approval of such requests,” the presidents wrote in a letter to Administrator Ron Batory. “We find the sweeping nature of these approvals alarming, especially in view of the fact that the rules waived are written with the safety of our members, and the general public, in mind.

“Notwithstanding the unfounded nature of some of the carriers’ claims in their applications, our immediate concerns are founded in our firm belief that if the carriers understand and apply FRA’s waiver to be carte blanche invitation to ignore rules, it will have a substantial chilling effect on safety.”

The waivers, granted by Batory and signed by Karl Alexy, associate administrator for railroad safety for FRA, were held for a number of days by the agency, which limited the ability of labor organizations to comment and seek a public hearing.

Meanwhile, an emergency order request sought by SMART-TD and the BLET seeking sanitation of areas frequented by frontline rail workers through the course of performing their “essential” duties remains under consideration on the desks of FRA officials.

The reason cited by carriers in their petition was to cope with potential workforce shortages the railroads may experience during the coronavirus pandemic.

“Petitioners assert that a reduction in availability of employees due to the COVID-19 pandemic will affect railroads’ ability to keep freight trains carrying critical goods and materials necessary for the country’s welfare operating during this emergency, and that compliance with all Federal railroad safety regulations, with the expected workforce shortage, would significantly hinder railroads’ ability to operate,” the FRA said in its response granting the waivers.

But thanks in part to their adoption of Precision Scheduled Railroading (PSR) practices since 2017, the total employee headcount for Class I freight carriers – including administration/management, maintenance and transportation crew, as reported by the federal Surface Transportation Board (STB), has been axed by roughly 14,000 people in 2019 and by 33,000 since 2000.

“There is also a concern that the carriers would use the excuse of a ‘downturn in business’ to artificially create a shortage of manpower to exploit the use of the waivers,” Ferguson and Pierce wrote.

Numbers provided to the union show that approximately 15 percent of T&E personnel are furloughed at the time. SMART-TD leader also have knowledge that carriers recently contacted the Railroad Retirement Board (RRB) in anticipation of offering voluntary furloughs to employees during the pandemic, which incidentally would make the employee ineligible for RRB unemployment benefits.

Among the most-dangerous aspects of this set of waivers is carriers being permitted to allow employees who are unqualified in the territory and uncertified to operate trains as long as Positive Train Control (PTC) technology is present and engaged.

The federally mandated deadline for full PTC implementation is Jan. 1, 2021, and full interoperability among railroads has not been achieved, yet these waivers make the assumption that PTC functionality is sufficient to allow for unqualified crew members to operate over America’s railroads.

The union has received numerous reports of the technology not working as intended and top FRA leadership has indicated in a conversation that PTC was in a “shakedown” phase.

Information provided by the railroads in December 2019 to FRA reported Class I PTC system interoperability at 48 percent.

The FRA waivers of regulations also allow for:

“These regulations were written with the public’s safety in mind,” SMART-TD President Jeremy Ferguson said. “A number of these waivers are not in the interest of safety and could be creating a recipe for disaster to rail workers and for the public.”

If particular properties do not have a demonstrated reduction of personnel directly related to the COVID-19 pandemic, for instance, illness or self-quarantine, and these waivers are being employed, members are asked to report it to union leadership immediately.

Read the unions’ letter to FRA.

Read FRA’s letter that grant the waivers to the railroads. 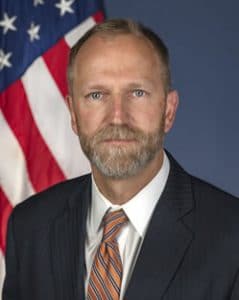 Prior to his recent appointment, Alexy was the deputy associate administrator (DAA) of the RRS and provided leadership to RRS’s three major sections: the Office of Safety Analysis, the Office of Technical Oversight and the Office of Regional Operations.

Alexy came on board the FRA in 2009 as a general engineer in the FRA’s Hazardous Materials Division, collaborating with other DOT agencies and all segments of the rail industry in enforcement and outreach activity in his role. He also developed and executed research programs and rulemakings. In 2012, he was appointed to the position of staff director of the Hazardous Materials Division and led the FRA’s efforts, in coordination with the Pipeline and Hazardous Materials Administration, in developing the Enhanced Tank Car Standards and Operational Controls for High-Hazard Flammable Trains rule. Alexy has also attended many SMART TD regional meetings where he has presented in the FRA Hours of Service workshops.

FRA also has announced that there are two high-level positions open: Director, Office of Safety Analysis and Deputy Associate Administrator for Railroad Safety.

The director, Office of Safety Analysis serves as primary adviser for the FRA safety regulatory program and assists the Associate Administrator and the Deputy Associate Administrator within the Office of Railroad Safety in formulating program and technical policies, monitoring integrated programs, establishing goals for organizational components and tracking the progress of projects and programs. The incumbent serves as the primary adviser for the FRA safety regulatory program and works closely with executives in the FRA, the U.S. Department of Transportation, the Office of Management and Budget, and the Government Accountability Office and in various other executive agencies to ensure effective and consistent coordination on rail-safety regulatory development and evaluation efforts.

This position is located in Washington, D.C. The vacancy announcement details and instructions on how to apply can be found at the following USAJOBS link: https://www.usajobs.gov/GetJob/ViewDetails/538902000.

This position is located in Washington, D.C. The vacancy announcement details and instructions on how to apply to this position can be found at the following USAJOBS link: https://www.usajobs.gov/GetJob/ViewDetails/538901700.

To be considered for either position, interested parties must apply by no later than August 12.