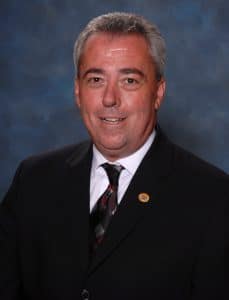 Mr. Cumby hired out as a yardmaster in 1976, and was an active member of Local 1962. In 2001, Cumby was appointed to the role of Alternate Assistant to the President-Yardmasters Department.

At the 2003 and 2007 conventions, Cumby was elected to the position of Vice President and also served as a member of the UTU Board of Directors. Thereafter, Cumby served as an international representative for SMART until his death.