In yet another example that elections have consequences, the Trump-appointed FRA administrator’s actions have potentially minimized both public and employee safety on the railroad.

In September 2019, after the State of Illinois enacted a law requiring that trains operated in Illinois be operated with a certified conductor and certified engineer, the Indiana Rail Road, which often operates with one-person crews over 250 miles of track in Illinois and Indiana, sued the Illinois Commerce Commission in U.S. District Court for the Northern District of Illinois Eastern Division.

Backed by the Association of American Railroads (AAR) and the American Short Line and Regional Railroad Association (ASLRRA), the carrier challenged that newly signed state law.

In May 2019, just days after the Illinois Legislature had passed the law, Federal Railroad Administrator Ron Batory, who was appointed by Trump and confirmed by the Republican-controlled Senate, withdrew a Notice of Proposed Rulemaking (NPRM) on crew size and declared that any state law regarding crew size was preempted.

In the Indiana Rail Road lawsuit, the carrier and lobbying groups repeatedly referred to “the wisdom” of Batory’s declaration of federal preemption. The Trump appointee has followed up with other FRA choices such as safety waivers for railroads during the COVID-19 pandemic and refusing to issue an emergency order on faulty air brake components.

“Ron Batory’s notice withdrawal absolutely paved the way for the district court to rule,” SMART Transportation Division President Jeremy Ferguson said. “We must keep in mind, however, that this issue is not yet settled. A larger discussion in court remains ahead, as the judgment states.”

Indeed, the district court noted that the issue of validity of the FRA’s action, which was raised by SMART-TD and the Brotherhood of Locomotive Engineers and Trainmen, was not properly before it and as such, the action stood for the time being.

The court went on to note that those issues are currently pending before the U.S. Ninth Circuit Court of Appeals involving a challenge by the states of California, Washington and Nevada, along with SMART-TD and BLET, as to the FRA’s compliance with the required APA procedures and its ability to declare state law preempted.

Oral argument was heard in that case Monday, October 5, 2020. The court has taken the matter under advisement and will issue a decision hopefully in the near future.

“It is worth noting that if the Ninth Circuit later holds that the FRA Withdrawal Order is invalid, then the Illinois Commerce Commission may move to vacate the judgment,” the district court ruling stated regarding the Illinois case.

The Illinois Commerce Commission, which would have enforced the law, was joined by SMART-TD and the BLET in defending the two-person crew law.

The court’s ruling effectively voids enforcement of the law, which took effect in January. 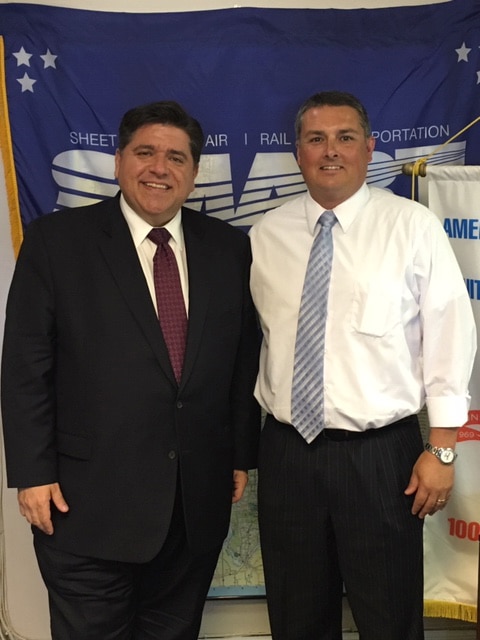