After a prolonged five-year battle against the railroad carriers’ opposition to legislation to ensure the safety of their own employees; ESHB 1105, the number one priority of the SMART TD Washington State Legislative Board, was finally enacted into statute law May 16, when a large group of railroad workers who traveled to Olympia, Wash., witnessed the signing of this bill into law by Governor Jay Inslee (D).

The impetus for passing this law was the horrific crew van accident that occurred March 24, 2011, that resulted in the death of 22-year BNSF engineer Tom Kenny, 58; conductor-in-training Chris Loehr, 22; and Coach America van driver Steven Sebastian, 60; and the critical injuries sustained by conductor Dwight Hauck, 52. Those present for the enactment of this legislation included Laura Kenny and her family, the spouse and children of engineer Tom Kenny, as well as Hauck and his wife Susan.

“We are especially grateful to both the Kenny’s and the Hauck’s for their testimony and strong support of this legislation which was instrumental in our ability to eventually win out over the railroads opposition,” Washington State Legislative Director Herb Krohn said.

The new Washington State statute is the most stringent railroad contract crew transportation safety law in our nation, with most of the provisions taking effect on Jan. 1, 2018. According to Krohn, this law brings all rail contract transportation vehicles regardless of seating capacity, under the strict regulatory authority of the Washington State Utilities and Transportation Commission (WUTC). This agency has a mandate to regulate all aspects of rail contract crew transportation services including driver qualifications, equipment and operational safety, driver’s hours of service, passenger safety, drug testing provisions, as well as mandatory recordkeeping. The WUTC now has been granted the authority to enforce all aspects of this new law including the investigation of passenger complaints and the imposition of penalties. This law increases state insurance requirements from $1.5 million to $5 million of liability coverage, and will require coverage of no less than $1 million in Uninsured and Underinsured Motorist coverage, currently there are no UIM coverage requirements whatsoever.

Additionally this legislation requires state-approved notices be posted prominently in every contract crew vehicle to inform railroad employees of their right to safe transportation; the notices will also explain how to file safety complaints with the state for investigation. Drivers will soon be required to undergo a state-approved safety training program, they will be automatically disqualified from driving railroad employees for three years if their drivers license has been suspended more than once in the past three years for anything other than non-payment of a traffic ticket; as well as upon conviction of any alcohol or drug related traffic offense, using a vehicle to commit a felony, leaving the scene of an accident, prohibited passing of another vehicle, any railroad grade crossing traffic violations as well as driving with a suspended license.

The WUTC now has the authority to inspect all railroad and contractor passenger transportation vehicles; they are required by the new law to develop a periodic state inspection program for all contract transport vehicles. Lastly, to prevent attempts by railroad officers or contract crew transport companies from retaliating against our members, this new law includes a special confidentiality clause that prohibits agency public disclosure of the identity of any employee who submits a crew transportation safety complaint to the WUTC. While passage of this law is a major advancement, according to Krohn the WUTC rule making process to enforce the provisions of this statute is even more critical: “this is where the rubber really meets the road as the regulations the commission finally adopts will determine precisely how this new law will actually be applied and enforced and will impose the specific expectations on these contract operators.” Krohn is already actively engaged in participating in the regulatory development process of the WUTC.

Studivant had serious concerns about a proposal by the Federal Motor Carrier Safety Administration (FMCSA) that would require certain motor carriers, including interstate bus operators, to implement use of electronic onboard recorders (EOBRs) to monitor driver behavior as a safety tool. Supporters of the rule reasoned that EOBRs would help assure drivers don’t exceed hours-of-service limitations.

Studivant, however, was concerned that the requirement – notwithstanding its good intentions — did not include sufficient safeguards to protect drivers from being harassed by employers to stay behind the wheel to maximize driving time under hours-of-service limitations even when a driver felt fatigued.

But the rule already had been approved by the agency prior to Studivant’s appointment to the advisory committee, and it was scheduled to go into effect in June 2012.

Last week, Studivant’s position was validated by the U.S. 7th Circuit Court of Appeals, which ruled the FMCSA “needs to consider what types of harassment already exist, how frequently and to what extent harassment happens, and how an electronic device capable of contemporaneous transmission of information to a motor carrier will guard against (or fail to guard against) harassment.”

When the FMCSA revisits the rule, Studivant will be on hand to provide recommendations from a driver’s perspective.

“It is comforting that these concerns were recognized by the appeals court. I expect the FMCSA to revise the rule to include better driver protection,” Studivant said. 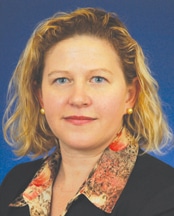