Nominees Harry Hoglander and Linda Puchala are current members of the board. The third nominee is Nicholas C. Geale, a Republican staff member of the Senate Health, Education, Labor and Pensions Committee.

Hoglander, an attorney and NMB member since 2002, previously was a senior staff member for former House member John Tierney (D-Mass), an executive vice president of the Air Line Pilots Association, an airline captain flying for TWA, and a U.S. Air Force pilot.

Puchala, an NMB member since 2009, previously was an NMB mediator and International President of the Association of Flight Attendants.

Prior to his work with the Senate Health, Education, Labor and Pensions Committee, Geale was an attorney in the Labor Department.

Democrats Hoglander and Puchala hold expired seats on the board and await Senate reconfirmation. The law permits NMB members to continue serving, following expiration of their term, until a successor is confirmed or they are reconfirmed.

President Obama previously nominated Geale on Dec. 17, 2012. Because the Senate failed to act on his nomination prior to Dec. 31, the president had to make new nominations when the new Congress was seated in 2013.

If confirmed Geale will succeed Republican Elizabeth Dougherty, who resigned in July 2012 following expiration of her second term. Obama nominated Republican Thomas Beck to succeed Dougherty, but after the Senate failed to hold a confirmation hearing on his nomination, he withdrew his name.

Typically, Republican and Democratic nominees are paired for confirmation.

WASHINGTON — Democrat Harry Hoglander has been nominated by President Obama for a fourth three-year term — this one to expire in June 2014 — on the three-member National Mediation Board, which administers the Railway Labor Act.

It is expected the two nominations will move forward in tandem for Senate confirmation.

Democrat Linda Puchela is the third member of the NMB, serving a term that expires in June 2012.

Prior to Senate confirmation to his first term in 2002, Hoglander was a legislative aide to Rep. John Tierney (D-Mass.), where he focused on aviation and rail issues. Previously, Hoglander was a Trans World Airlines pilot and executive vice president of the Air Line Pilots Association. Educated as an attorney, Hoglander was a U.S. Air Force fighter pilot and retired with the rank of lieutenant colonel.

Beck, an attorney, has been serving as a Senate-confirmed member of the Federal Labor Relations Authority, which administers labor-management relations for non-Postal Service federal employees. Previously, Beck practiced labor law in the private sector and was a part-time professor of public policy at George Mason University in Fairfax, Va. 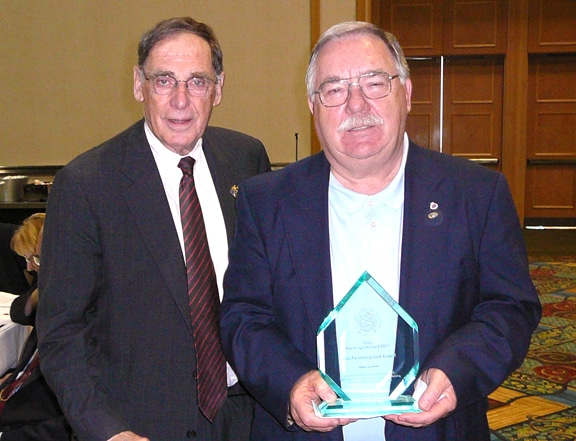