Despite a rise in economic insecurity during the COVID-19 pandemic, Helmets to Hardhats assisted its construction industry affiliates in placing 2,324 military service members and veterans into building trades registered apprenticeship programs in 2020, according to new data released by the organization.

SMART is an active participant in Helmets to Hardhats – a national, nonprofit program that connects transitioning active-duty military service members, veterans and reservists with skilled training and career opportunities in the building trades.

Roberts served in the U.S. Navy for four years, the Army National Guard for six years and is the former executive director of Helmets to Hardhats.

Helmets to Hardhats announced its total number of placements – or Known Successful Transitions (KSTs) data – for calendar year 2020 in May 2021. Since its inception in 2003, the organization has helped more than 38,000 military service members and veterans transition to the building trades, setting each of them on a pathway toward a middle-class, family-sustaining career in construction.

“This new data represents the collective efforts of all building trades unions and their signatory contractors to provide career opportunities for veterans and is a shining example of their commitment to this mission, even in terrible economic times,” said Helmets to Hardhats Executive Director David Porter.

“Helmets to Hardhats serves as a bridge for military service men and women in search of a secure career once their time in the armed forces comes to an end,” added Porter,. “These opportunities help ease the transition back into civilian life as they launch a new career.” 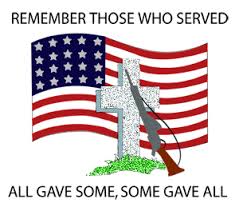 While Memorial Day weekend is considered the unofficial start to summer, it is more importantly a time to remember those soldiers we have lost in service to our country.

“The brave men and women in our armed forces sacrifice every day; some make the ultimate sacrifice,” said Cherri Senders, Labor 411 founder. “While we spend time with friends and family this holiday weekend, these heroes must not be far from our thoughts.”

In addition to remembrance, Memorial Day can also be a time to honor those who made it home. This means giving those who have served something to come home to, including a job. The Helmets to Hardhats program was designed by the building and construction trades so that soldiers returning home have an option for a fruitful post-duty career, no experience necessary. It can often be difficult for veterans to make the transition from military life to the civilian workforce, and this program assures they will not be left behind or forgotten by giving them an opportunity to train for a good-paying job in the construction industry. If you are a veteran or know one who is looking for a career, check out their FAQ section to learn more.

Railroads have also committed themselves to hiring veterans whenever possible.

Regardless of the exact date or location of its origins, one thing is clear – Memorial Day was borne out of the Civil War and a desire to honor our dead. It was officially proclaimed on 5 May 1868 by General John Logan, national commander of the Grand Army of the Republic, in his General Order No. 11. “The 30th of May, 1868, is designated for the purpose of strewing with flowers, or otherwise decorating the graves of comrades who died in defense of their country during the late rebellion, and whose bodies now lie in almost every city, village and hamlet churchyard in the land,” he proclaimed. The date of Decoration Day, as he called it, was chosen because it wasn’t the anniversary of any particular battle.

On the first Decoration Day, General James Garfield made a speech at Arlington National Cemetery, and 5,000 participants decorated the graves of the 20,000 Union and Confederate soldiers buried there.

It is now observed in almost every state on the last Monday in May with Congressional passage of the National Holiday Act of 1971 (P.L. 90 – 363). This helped ensure a three day weekend for Federal holidays, though several southern states have an additional separate day for honoring the Confederate war dead: January 19 in Texas; April 26 in Alabama, Florida, Georgia, and Mississippi; May 10 in South Carolina; and June 3 (Jefferson Davis’ birthday) in Louisiana and Tennessee.