The Rail Workers Hazardous Materials Training Program is funded to provide this training by a federal grant from the National Institute of Environmental Health Sciences (NIEHS). The funding provides the following student expenses: air travel, lodging and meals. In addition, an incentive of $175 per day is available to all training participants of these programs, except those who are able to secure regular pay through their employer or are paid union officers. Students may be asked to travel on Saturdays to meet program start times or where substantial reductions in airfare warrant. When registering, please select dates in order of preference.

A flier about the sessions is available to post at your worksite.

According to the National Review. com, a jury in Madison county, Wisconsin ruled against Union Pacific Railroad by awarding $7.5 million in damages to a former railroad worker for contracting severe illnesses that were deemed directly linked to his longterm exposure to creosote and other toxic materials during his 31-year career as a railroad worker.  Read the complete article here. 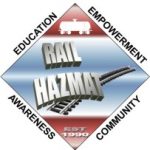 The SMART TD Minnesota State Legislative Board, Local 1000 at Minneapolis, and the National Institute of Environmental Health Sciences (NIEHS) have partnered together to offer Minnesota railroaders HAZMAT training.

The class is limited to the first 30 railroad workers. Click here to register.

A push for stiffer hazardous chemical rail transportation standards was made Wednesday, Sept. 2 near the site of a train accident that caused the largest evacuation in Ohio history.

“We’re better prepared than we used to be. (But) there’s still some things we need to do,” Brown said.

A chorus of lawmakers expressed frustration Tuesday with the delays in approving and implementing various regulations related to the movement of hazardous materials by rail and pipeline.

The acting chiefs of two U.S. Department of Transportation agencies heard Republicans and Democrats in the House Transportation Committee complain that rules on railroad tank cars and oil and gas pipelines had been on the table for as long as four years.

Read the complete story at the Fresno Bee.

The Utilities and Transportation Commission (UTC) issued the formal complaint following a staff investigation into BNSF’s failure to report 14 releases of various hazardous materials, including crude oil, to the state within the required time period.

State rail safety rules require railroads to make a telephone report of the release of a hazardous material within 30 minutes of learning of the incident to the Washington State Emergency Operations Center’s (EOC) 24-hour duty officer.

The commission staff investigation found that between Nov. 1, 2014, and Feb. 24, 2015, BNSF committed 700 violations of this reporting requirement. Under state law, each day the company fails to report an incident constitutes a separate and distinct violation. The commission has the authority to impose penalties of up to $1,000 per violation, per day of state law or rule.

When a company fails to notify the EOC that a hazardous material incident has occurred, critical response resources may not be deployed, causing potential harm to the public and the environment. There could also be a delay in response and containment resources necessary to clean up hazardous material spills.

The violations were recorded as a result of the following incidents:

In October 2014, commission staff sent BNSF a copy of the reporting requirements, and provided the company technical assistance to ensure that BNSF was providing proper notification to the commission regarding hazardous material incidents.

Staff also sent a letter to the regulated railroad industry on Feb. 4, 2015, emphasizing the requirement to provide reports and telephone the EOC within 30 minutes of learning of an event involving fatalities or injuries, the release of hazardous materials, or property damage greater than $50,000.

The companies were informed that failure to provide the required reports is a violation of commission rules and that staff may recommend enforcement action or monetary penalties for companies that fail to report incidents as required.

The company has an opportunity to request a hearing to respond to the allegations.

At least 18 times in the past three years BNSF Railway freight trains rolled west out of Minneapolis pulling cars filled with hazardous chemicals that were not on the train’s official cargo list, according to train crew complaints.

That’s contrary to federal regulation because in case of an accident, local firefighters can be left in the dark, unable to take quick action to protect vulnerable residents.

The U.S. Department of Transportation Federal Railroad Administration issued a safety advisory earlier in May urging shippers and railroads to use newer, stronger tank cars to ship cargo like the highly flammable Bakken crude oil from North Dakota.

On a dead-end street in St. Paul, Susan Juaire runs a home day care with a scenic overlook of boxcars, locomotives and railroad tracks. Though she doesn’t like it, Juaire has gotten used to the constant noise of shipping containers being loaded between trucks and trains.

She can’t say the same thing about the long lines of tank cars that roll by daily, without stopping.

Read the complete story at the StarTribune.

Jodi Ross, town manager in Westford, Mass., did not expect she would be threatened with arrest after she and her fire chief went onto the railroad tracks to find out why a train carrying liquid petroleum gas derailed on a bridge in February.

But as they reached the accident site northwest of Boston, a manager for Pan Am Railways called the police, claiming she was trespassing on rail property. The cars were eventually put back on the tracks safely, but the incident underlined a reality for local officials dealing with railroads.

WASHINGTON — A doubling in the number of damaged or leaking hazardous materials containers shipped by rail has prompted the UTU and six other rail labor organizations to petition the Federal Railroad Administration for enhanced safety standards to protect rail workers and the public.

In fact, the number of such requests has more than doubled since 2007, subjecting rail workers and the public to an unacceptable risk of exposure, the labor organizations told the FRA.

“Railroads and shippers must do more to reduce the incidence of non-conformance,” the organizations told the FRA.

Among changes sought by rail labor is advance notification to rail workers and necessary protection when workers are in the vicinity of damaged containers transporting hazmat.

Current federal regulations provide no requirement that safety devices be provided to protect rail workers from exposure to hazmat.

The labor organizations told the FRA that operating crews should be provided emergency escape breathing apparatus when involved in the movement of hazmat containers.

Although there have been no injuries or known exposures, the risk of employee exposure will only increase if the current rate of movement approvals continues, the FRA was told.

“Railroads and shippers have a business interest in timely review and approval of movement requests,” the labor unions told the FRA.

“As soon as the backlog impacts their bottom line, railroads and shippers will pressure FRA to accelerate the approval process. Such acceleration will undoubtedly diminish the level of detail and due diligence now afforded each request, resulting in an increased probability of unintended consequences such as fire, explosion or chemical exposure,” rail labor said.

Click here to read rail labor’s submission to the FRA.