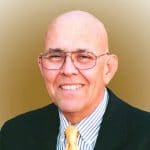 UTU International Vice President Delbert Strunk, who recently was selected by the UTU Board of Directors to succeed Kim Thompson as International general secretary & treasurer Jan. 1, chose, instead, to retire Dec. 31.

The UTU Board of Directors will meet to determine another successor to Thompson.

Nobody spends someone else’s dollars as carefully as we spend our own.

The UTU International leadership is especially sensitive to the fact that members entrust us with their own hard-earned dollars, and every member rightfully expects their union to gain the most value for their dues money. We do not take this obligation lightly.

Since taking office in January 2008, we have instituted new cost controls and conservative investment policies that, even in the face of significant furloughs by rail carriers and problems in financial markets, have made the UTU more efficient and financially secure.

The International’s General Fund, as detailed in the most recent GS&T report, has grown since the Futhey administration took office almost 18 months ago — from $2.1 million to $4 million, which is a 90 percent increase.

The General Fund pays for International operations, including employee wages and benefits, travel tied to assistance provided general and local committees of adjustment, and headquarters rent.

Separately, our strike fund has grown by 45 percent, to $2.7 million, and our convention fund is on track to have the necessary minimum on hand to pay traditional and contemplated costs of the eleventh quadrennial convention in 2011.

Total International funds have grown from $7.5 million, when we took office in January 2008, to more than $13 million, which is an increase of more than 70 percent. This is in the face of sharp carrier cutbacks of employees — many being UTU members — in response to a sour economy.

Travel expenses have been reduced by combining International officer assignments and assigning officers geographically closer to the committees they are assisting. Every travel expense is checked to ensure it is necessary and proper.

Our International funds are invested conservatively so they are available when needed without undue risk of principal.

Our investment advisers are paid directly for sound financial advice and do not profit by moving our money from one investment alternative to another, or as a percentage of short-term investment gains. As a result, our International finances have withstood the effects of this recession and associated financial calamities far better than most organizations.

The UTUIA, meanwhile, earned more than $300,000 from operations during the first quarter of 2009. The UTUIA remains strong with more than $23 million in surplus, as recently validated through an annual audit.

As for the DIPP, premiums exceeded claims for the first quarter 2009, which boosted the fund’s balance. We continue monitoring this fund, as claims are tied directly to the level of carrier discipline.

We have met — and continue to meet — with carrier officers to discuss what we consider to be arbitrary discipline that unjustifiably damages employee morale, impeding our ultimate goal of providing world-class transportation service.

At the local level, we are assisting local treasurers through workshops, individual assistance and the UTU University to better equip them to carry out their duties in managing their local’s funds.

The financial state of the United Transportation Union is strong and secure, and we intend to keep it that way through careful spending and improved productivity within every department and through every activity of the International.