WASHINGTON — The chair of the House Committee on Transportation and Infrastructure Peter DeFazio (D-OR) and the chair of the Subcommittee on Railroads, Pipelines, and Hazardous Materials Donald M. Payne Jr. (D-NJ) are requesting the U.S. Government Accountability Office (GAO) examine the impacts that the implementation of precision scheduled railroading (PSR) by Class I railroads are having on workers, safety, freight shippers, passenger railroads and long-term management of the nation’s railroads.

“PSR in practice means the bottom line drives the decisions,” said Chair DeFazio. “Longer trains, unhappy shippers and a workforce pushed to do more with less is not a model to chase after – unless you’re on Wall Street. But we can’t let hedge fund managers write the rules of railroading. Last Congress, my Committee heard from various stakeholders concerned for the immediate and long-term impacts of PSR. This study, passed by the House last year in my surface transportation reauthorization bill, the INVEST in America Act, will help us find ways to address the impacts this railroad management strategy has on workers, freight shippers, passenger railroads and rail safety.”

“Precision scheduled railroading is being used more and more throughout the rail industry,” said Rep. Donald M. Payne Jr. “But I am concerned that this strategy could come at the expense of worker safety and smart, long-term railroad management. We need more information about this practice to determine whether it is beneficial or harmful to our nation’s railroad system.”

Read their letter making the request to the GAO. (PDF) 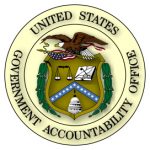 After derailments, blocked crossings and other complications, two members of the U.S. House of Representatives’ Committee on Transportation and Infrastructure have asked for the federal Government Accountability Office to study the effects of longer freight trains.

In the letter dated Nov. 7, ranking members Peter DeFazio, D-Ore., and Michael E. Capuano, D-Mass., made the request after referencing the derailment Aug. 2 of a CSX train in Hyndman, Pa.

The derailment of 32 cars from the train that consisted of five locomotives and 178 rail cars caused the evacuation of about 1,000 town residents and destroyed a house. The representatives noted in their letter that the average freight train consists of about 70 cars.

“Recent press reports indicate that some railroads are now operating trains with close to 200 or more cars that are more than two miles long,” they wrote. “We have concerns that longer trains can create unusually long delays at grade crossings and may pose safety risks to train crews and the public.”

“We appreciate that these congressional leaders have asked for a review of these dangerously long trains.” SMART-TD President John Previsich. “This issue was also addressed by John Risch, our national legislative director, at a recent STB hearing.”

Risch appeared Oct. 11 in Washington D.C. before the Surface Transportation Board at a listening session focused on problems with CSX’s service.

“Urging CSX to do better will not fix the problems that excessively long trains cause,” Risch said during his testimony. See a full article and video of that testimony here.

DeFazio and Capuano’s letter asks the GAO to look into various aspects of longer trains from the perspective of rail worker and public safety and also to examine the levels of oversight available on the federal, state and local levels to remedy safety concerns posed by longer trains.

FRA oversees safety of the nation’s railroads. In light of three high profile accidents in 2012 involving fatalities or hazardous materials, GAO was asked to review FRA’s oversight processes and the challenges to railroad safety.

This report examines (1) the overall framework that FRA, the states, and the railroads use to ensure rail safety; (2) the extent to which FRA and the railroads assess safety risks and allocate resources to address those risks; and (3) what challenges, if any, exist to FRA’s current safety framework, and what ongoing and emerging issues FRA faces.