The members of newly formed Local 1703 at Knoxville, Tenn., are employed by First Transit, Inc., based in Cincinnati, Ohio.

The three-year agreement is retroactive to June 1, 2014. It consists of improved work rules, a 401k retirement savings plan, additional vacation allowances based on seniority, increase company contributions to the employees’ comprehensive group health insurance coverage, a personal day, sick time off, and an increasing scale of wages through the term of agreement, Hughes said. It also establishes a labor-management committee providing a forum for discussion on work-related issues that may arise. 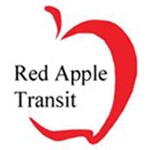 First Transit, Inc., and members of the SMART Transportation Division have agreed on mutually acceptable terms and conditions of employment and signed a collective bargaining agreement, according to the National Labor Relations Board.

The transportation management company, which operates throughout the United States, obtained a transit contract in 2011 to operate Red Apple Transit, a passenger bus company in Farmington, N.M. All the full-time and regular part-time drivers at Red Apple Transit were represented by the SMART TD.

On May 13, 2013, the board authorized NLRB Region 28 to pursue an injunction against First Transit Inc. for withdrawing recognition from the Union. First Transit also made unilateral changes in the terms and conditions of Red Apple Transit drivers’ employment – including cuts in wages and benefits – without giving the union an opportunity to bargain on the proposed changes. In addition, they failed to provide relevant information the union requested for the purpose of carrying out its representational duties.

On June 13, 2013, after the Section 10(j) petition had been filed in the district court, the parties agreed to a settlement, with First Transit agreeing to cease and desist its unfair labor practices, to recognize and bargain with the union, to provide the requested information to the union and to rescind the unilateral changes they had made in terms and conditions of employment of Red Apple Transit’s drivers.

Among 112 eligible voters, 74 of the 80 operators participating in the union election chose SMART as their representative, while six voted for no union.

The bus service is managed by First Transit, Inc., based in Cincinnati, Ohio.

SMART TD Director of Organizing Rich Ross lauded the efforts of organizer and Alternate Bus Vice President Calvin Studivant saying, “Calvin just did an outstanding job. We had a meeting at Rutgers a couple of weeks ago and approximately 90 drivers attended. Calvin was well received during the meeting and was recognized for his efforts and for his knowledge of the bus industry.”

Studivant has more than 25 years of experience as a bus operator for Community Transportation in Clifton, N.J.

Ross also noted the efforts of Local President Waverly Harris and Vice Local President Brian Caldwell in assisting with the organizing campaign and helping drivers realize the benefits of union representation. Both are members of SMART TD Local 1594 at Upper Darby, Pa., employed by a division of Southeastern Pennsylvania Transportation Authority (SEPTA).

The Rutgers-New Brunswick/Piscataway inter-campus bus and shuttle system provides efficient and reliable transportation service for all five campuses. It is available to all members of the university community and the public.

According to First Transit’s website, the service is the second largest operating bus system in New Jersey, transporting more than 6 million passengers annually and providing more than 70,000 passenger trips per day. It operates approximately 50 transit buses that utilize bio-diesel fuel and Green Roads technology in an effort to reduce emissions and petroleum consumption.

The UTU has gained a new First Transit property in Farmington, N.M., which is now in Local 1687 out of Albuquerque. Contract negotiations have begun.

We also are in the initial stages of organizing some 200 workers on a transit property and a light rail property in Southern California.

I am currently assisting Local 1741, whose members are employed by First Student in San Francisco as they prepare for two arbitrations, including a discipline issue and a workers’ compensation issue. In both cases we are seeking reinstatement of the members.

With assistance from the International Law Department, we recently completed a trial at the National Labor Relations Board over an unfair labor practice at a UTU property in Riverside, Calif., which had been closed without holding negotiations.

We are seeking from the NLRB a severance package for the 135 members who lost their jobs. Final briefs are due in mid-February.

Alternate Vice President Calvin Studivant has been working with Waverly Harris, general chairperson at Local 1574 (Southeastern Pennsylvania Transportation Authority) on numerous grievances where they have settled seven of 10 without having to go to arbitration.

At Local 1715, which represents drivers employed by Charlotte Area Transit System, a driver was reinstated with full back pay after Calvin Studivant defended the driver in arbitration.

In Washington, we are facing a battle with legislation introduced by the House Republican majority attacking transit operating assistance and pushing for privatization that would permit foreign-based operators to enter the U.S. market and access federal transit aid.

This legislation also attacks 13(C) protections of the Federal Transit Act that we worked so hard to protect. They require continuation of collective bargaining rights, and protection of transit employees’ wages, working conditions, pension benefits, seniority, vacation, sick and personal leave, and other conditions of employment, as well as paid training or retraining, when federal funds are used to take over a transit operation.

The UTU National Legislative Office and other transit unions are working to halt this attack, and donations to the UTU PAC will provide additional assistance in this election year.

Rail and bus workers continue to call out to the United Transportation Union for representation in these troubling times.

The UTU’s ability to negotiate industry-leading contracts, process grievances and achieve workplace safety improvements are most often cited as the reason.

Over the past few weeks, the UTU was successful in three additional organizing drives, bringing to 27 the number of new properties added to the UTU family within the past 44 months.

Workers at Columbia & Cowlitz Railway (which includes Patriot Woods Railroad) in Longview, Wash.; Intermodal Services of America of Lorain, Ohio; and First Transit of Farmington, N.M., are now represented by the UTU.

Transportation and mechanical employees at shortline Columbia & Cowlitz Railway (which includes Patriot Woods Railroad for representation purposes) — both part of the Patriot Rail group and operating in southwest Washington state — voted unanimously for UTU representation, rejecting another labor organization. UTU Director of Organizing Rich Ross and Assistant President Arty Martin made presentations to the workers, leading to a unanimous show of support in the representation election.