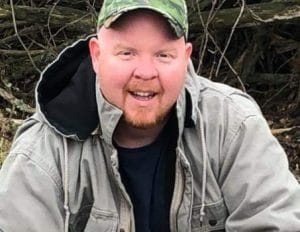 Hague was the salutatorian of his 2002 graduating class. He went on from high school to receive an associate’s degree from North Central Missouri College and then earned a bachelor’s degree in biology from Missouri Western University. An avid outdoorsman, he enjoyed hunting, fishing and doing farm work.

Memorial donations may be made to the Half Rock Cemetery Fund or to Immanuel Lutheran Church.

SMART TD expresses great sorrow at this tragic loss and extends condolences to the family, friends, local and all who knew Hague.

Fox 9 reports that a fatality that occurred last week during a crew change on Canadian Pacific may have been preventable.

In an interview with the news channel, Minnesota State Legislative Director Phil Qualy said that CP could have taken action to move the crew changes to a safer area, but took no action.

Qualy told SMART TD that he had submitted numerous letters to CP about the safety of having a crew change in the specific location where the engineer-trainee Jeffrey Harsh was killed but no action had been taken.

In a similar trajedy, CP railway worker Jamie Jijian died in 2013 as a result of a “combination of hazardous conditions acting together.” His death is also believed to have been preventable.

“As a representative of the FRA’s Switching Operations Fatality Analysis (SOFA) working group, I would like to point to section 3.7 of SOFA’s 2011 report “Findings and Advisories of the SOFA Working Group Volume I: SOFA Report with Appendix A,” that warns of the dangers of crossing active rails, to all carriers, interested parties and members.”

Harsh’s case is still under investigation by the FRA.

Trains.com reported that an Amtrak employee was struck and killed on March 1, 2016, on the Northeast Corridor. Read the entire article here.

Amtrak says a worker has died after an accident at a maintenance facility in Beech Grove, Indiana Saturday morning, August 22.

The Beech Grove Fire Department responded to a call of a burned person at the facility in the 200 block of Garstang Street just after 11:30 a.m.

Firefighters arrived and found a man suffering from burns. The victim was transported to Richard M. Fairbanks Burn Center at Ezkenazi Health, where he later succumbed to his injuries.

Throughout his carer with the railroad, Edwards worked as an intermodal operator at BNSF and as a freight train conductor at both CSX and CN. While at CSX, Edwards graduated number one from his training class.

Edwards attended Columbia College in Chicago. He was an avid St. Louis Cardinals baseball fan and could often be seen wearing a Cardinals hat. Edwards married his wife, Victoria, May 22, 2010 and welcomed her two children, Edward and Emily, as his own. They later welcomed his son Ryan “RJ” into their family. He loved his family tremendously.

Edwards leaves behind wife, Victoria; their three children Emily, Edward and Ryan; his parents Nicole and John; his siblings Scottie, Tyra and Joshua; his great grandmother; grandparents and many other friends and family.

SMART TD General Chairperson Adren Crawford (Canadian National GO 433) reports, “The NTSB is investigating along with the SMART TD National Safety Team. No details of the incident have been released. Please keep his family and friends in your thoughts and prayers during this very difficult time.”

Visitation was Saturday, August 1 from 9:30 a.m. until time of service at 10:30 a.m. at the Salem Lutheran Church located at 18400 South Ashland Ave., Homewood, IL. Interment followed at Assumption Cemetery in Glenwood, Ill.

GUYMON, Okla. – Three Union Pacific crewmembers died in a June 24 head-on collision between two freight trains near here that produced a diesel fuel-fed fire so intense that the thick, black smoke could be seen for 10 miles and caused the closing of a nearby small airport and evacuation of a nearby trailer park. The fire burned for more than 24 hours.

The Oklahoman newspaper quoted NTSB member Mark Rosekind that one of the trains – and he declined to specify which — failed to take a siding and that no signal or brake malfunctions were initially found based on preliminary analysis of event recorders. “One train had the right of way,” Rosekind said. “We’re still getting the data to figure out what was scheduled to happen. There was a side track, and we’re trying to figure out what was supposed to be where, and when.”

Rosekind said no cellphones have been recovered, but that the NTSB intends to review phone records belonging to the four crew members. Federal regulations prohibit the use of electronic devices, including cell phones, while on duty.

Stone is the fourth UTU member killed on duty in 2012. Local 887 (Harvey, N.D.) member Robert J. Glasgow, 38, was killed May 28 in a switching accident near Kenmare, N.D.; and Local 1383 (Gary, Ind.) member Michal M. Shoemaker, 55, was killed in a switching accident Jan. 30 in Gary, Ind. Los Angeles County Metropolitan Transportation Authority driver and Local 1563 member Alan Thomas, 51, was murdered aboard his bus May 20.

During the month of May, one UTU member was killed  in North Dakota in a rail switching accident, another was murdered on his bus route in Los Angeles, and another lost a foot in Missouri in a yard switching accident.

Initial reports are that Glasgow had mounted the lead car of 28 cars being switched conventionally when the lead car sideswiped other cars. He was pronounced dead at a local hospital following evacuation by a local emergency medical crew. The Federal Railroad Administration is investigating.

Glasgow, of Minot, N.D., who had six years’ service as a maintenance-of-way employee, had been a conductor for some 10 months.

Los Angeles County Metropolitican Transportation Authority (LACMTA) bus operator Alan Thomas was shot to death May 20 aboard his coach in Los Angeles. Click on the following link to learn more about that fatal shooting:

On BNSF in Crystal City, Mo., some 40 miles south of St. Louis, brakeman Mike J. Bolen, 50, reportedly tripped while walking alongside eight cars being conventionally switched and suffered severe trauma to his right leg when struck – but not run over — by one of the moving cars. Hospital physicians reportedly later amputated the brakeman’s right foot. The FRA is also investigating this May 28 accident.

For information on rail safety — including rail yard safety — click on the following link: