“Your experience and leadership as a representative of rail and labor will add valuable insights that will help further ACTH’s mission,” Secretary of Transportation Elaine L. Chao said in a letter announcing Hynes’ appointment.

“Members of this committee have extensive experience in combating human trafficking, and the Department looks forward to receiving their recommendations and reports,” Chao said in a DOT release.

According to the release, the new 15-member committee is to provide recommendations to Chao before July 3, 2019 on:

The committee’s first meeting will be announced at a future date.

A member of Local 1031, Hynes has served as alternate legislative director since 2014 and has served on the Federal Railroad Administration’s Railroad Safety Advisory Committee (RSAC). His complete biography is here.

Please click on the link below to sign (and please share) this online petition to the White House asking the FTA to approve funding that has long been earmarked for San Francisco’s Caltrain’s Peninsula Corridor Electrification Project (PCEP) a high-speed, electric commuter train system project:

The petition urges President Donald Trump to reverse Transportation Secretary Elaine Chao’s decision, which was to stop the project by placing $647 million in federal funding on hold. This transportation project has been years in the making and promises to replace Caltrain’s current diesel-fueled commuter trains with high-speed, electric commuter trains.

Sen. Diane Feinstein and Sen. Kamala Harris of Calif. released the following joint statement: “This decision is incomprehensible and will cause delays and millions of dollars of additional costs that could jeopardize the entire project.”

President Trump’s repeated campaign promises centered on safeguarding American jobs, creating thousands of new jobs and upgrading and developing our infrastructure. If that is still true, Trump must allow this project to move forward, as Caltrain PCEP will create nearly 10,000 jobs, not only in California, but in other states as well, including Utah, Texas, Virginia and Pennsylvania.
Please sign the petition and share it with your brothers and sisters of of all trades. 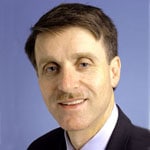