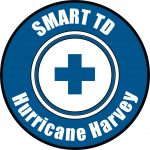 The United Transportation Insurance Association (UTUIA), in a show of fraternal solidarity and generosity, has donated $5,000.00 to the UTU Disaster Relief Fund to be used for SMART TD members who have been negatively impacted by Hurricane Harvey.

“Many Brothers and Sisters of the UTUIA have been affected by the devastating flooding in Texas. The officers and staff of the UTUIA have elected to forward a donation of $5,000.00 to help ease the pain and burden placed on those who are attempting to recover from this disaster,” said UTUIA President Ken Laugel.

In response, SMART TD President John Previsich said, “I wish to extend my personal thank you to the UTUIA and President Laugel for this magnanimous donation to a worthy cause. Our union brothers and sisters are hurting and it is donations like this one that will help our members get back on their feet. We must show them that they are not alone and that we care during what is certainly an unimaginably difficult time.”

Members who wish to donate to help their union brothers and sisters may do so by making checks payable and sending them to:

His brothers and sisters in UTU Local 768 and UTU NS General Committee of Adjustment 687 — and others who read and heard about the accident — know, but by the grace of God, it could have happened to them. They were also deeply moved by a previous tragedy that befell McVay and his wife, Lisa: the 2008 death of their daughter in an automobile accident.

Within days of the Jan. 3 switching accident, a benefit fund was established for the McVay family of Dalton City, Ill.

His brothers and sisters in Local 768 and NS General Committee 687 didn’t stop there.

Recently, Local 768 member Craig Wilson opened the tavern he owns in Decatur, Ill., for a silent auction to encourage further donations to the McVay benefit fund.

Dubbed Larry-palooza, it was a lollapalooza of an event, organized by NS General Committee 687 Senior Vice General Chairperson Dan Calhoun, who coordinated donations of more than 100 items — from local businesses, friends, coworkers, other UTU members and UTU designated legal counsel — for the auction.

There were few dry eyes when fellow conductor Jacob Baines — one of Local 768’s newest members — was recognized as a hero and warmly thanked by McVay and his wife, who were in attendance.

Had it not been for Baines’ prompt actions at the time of the accident — when Baines was serving as a conductor trainee — it is said that McVay would not have survived. Baines was promoted to conductor shortly after the accident.

“In today’s world of so much negative news, this event surely reiterates the good of human nature and the value of UTU brotherhood,” said NS General Committee 687 Chairperson Jason Boswell.

Donations are still being accepted, and may be sent to the Larry McVay Benefit Fund c/o Land of Lincoln Credit Union, 2890 N. Oakland Ave., Decatur, IL 62526. More information may be obtained from the credit union by calling (217) 875-1300.

Those with PayPal accounts may also make contributions through the PayPal website by sending funds to the email address: benefitlarry@yahoo.com

Pictured below: Injured NS conductor and Local 768 member Larry McVay, surrounded by some of his caring brothers.

A memorial fund has been established for the three killed in a collision between a shuttle-van and freight train in Kelso, Wash., March 23.

A second fund was established to assist a UTU-member and conductor critically injured in the accident.

Hauck, Loehr and Kenny, who had brought a BNSF freight train from Seattle to Kelso, were passengers in the BNSF-provided shuttle van driven by Sebastian when it was hit by a BNSF freight train at the crossing. A Federal Railroad Administration investigation is underway to determine the cause of the accident.

Donations to the memorial fund will be divided equally among the families of Loehr, Kenny and Sebastian. They should be sent to:

Donations to the fund to aid the injured Hauck and his family should be sent to: