In lieu of flowers, memorial contributions may be made to The Adoption Exchange, 14232 East Evans Ave., Aurora, CO 80014; The Barbara Davis Center for Childhood Diabetes, 1775 Aurora Ct., Aurora, CO 80045; or to any animal cause of your choice.

Click here to read Kiker’s full obituary or to leave condolences for the family. 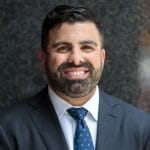 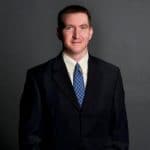 Petru is a long-time DLC with years of experience in the rail industry. He graduated from University of California, Berkeley, and attended law school at the University of San Francisco. He joined the law firm of Hildebrand, McLeod & Nelson in 1980. Petru is a member of the American Trial Lawyers Association and the Academy of Rail Labor Attorneys.

“We appreciate Anthony’s willingness to serve as coordinator and look forward to working with him in his new position,” said Transportation Division President John Previsich.

Meanwhile, Previsich lauded Young’s service to our membership. “Steve’s contribution to the DLC program while serving as coordinator cannot be overstated, nor can his many other contributions to the union overall. Steve has been of great service to this union for over 40 years, beginning with holding office at the local and general committee level through his continued affiliation during his professional career. His contribution to the education and training of our members through his presentations at our regional meetings is legendary. Steve’s presence and leadership will be missed.”

Members can reach Petru by calling (800) 447-7500, visiting his website www.hmnlaw.com or by visiting our Designated Legal Counsel pages.

Naughton fought for the rights of railroad and other transportation workers as an employee of the former firm of Henslee, Monek & Henslee. As a part of the firm, Naughton argued before the U.S. Supreme Court several times to secure the right of rail labor organizations to have DLC programs and inform the members of their rights under the various laws affecting rail labor.

Naughton is survived by daughter Nora Naughton; son Thomas (Tracey) Naughton; grandchildren Kevin, Margaret and John; sisters Mary Naughton and Dorothy Naughton and many others. He was preceded in death by his wife Vivian T. Moore and by his brother Tom Naughton.

Click here  to view Naughton’s obituary or to leave condolences.

WASHINGTON — In a 5-4 decision, the Supreme Court June 23 declined to tighten the standard of proof injured rail workers must demonstrate to win an award under the Federal Employers’ Liability Act (FELA).

The ruling is a significant victory for injured rail workers.

The FELA — a railroader’s most cherished workplace safety assurance — was passed by Congress more than a century ago to make railroads liable if an employee injury or death results “in whole or in part” from the negligence of any of its officers, agents or employees, or from any defect or insufficiency in equipment or roadbed.

At the time of the FELA’s passage in 1908, more than 4,000 railroaders were killed annually, and some 63,000 more suffered serious injuries each year.

The Supreme Court previously held that the FELA was “designed to put on the railroad industry some of the costs of the legs, arms, eyes, and lives which it consumed in its operation.”

The engineer had won a monetary award from a federal district court after being injured on the job in 2004 while operating a locomotive that the engineer contended was not suited for switching operations.

CSX twice unsuccessfully appealed the trial court’s decision – the first before the 7th Circuit Court of Appeals and the second appeal before the Supreme Court. CSX contended in both unsuccessful appeals that injured rail workers should meet a more demanding standard of proof as is required in all non-FELA personal injury cases, not, as the trial court instructed the jury, that CSX was responsible for negligence if its negligence “played a part – no matter how small – in bringing about the injury.”

CSX sought a ruling that the employer’s action must be the “primary cause” of the injury. In fact, the “in whole or in part” language comes from the FELA itself, and that legislative language clearly impressed the Supreme Court’s majority in this case.

Writing for the majority, Justice Ginsburg said: “Juries in such cases are properly instructed that a defendant railroad ‘caused or contributed to’ a railroad worker’s injury ‘if [the railroad’s] negligence played a part – no matter how small – in bringing about the injury.’ That, indeed, is the test Congress prescribed for proximate causation in FELA cases.”

If you are injured on the job, the FELA and your UTU Designated Legal Counsel are the best friends you and your family have. These successful trial lawyers are specialists in handling FELA claims, and are fully experienced in dealing with railroad claim agents and railroad lawyers.

And remember: Contributory negligence is not a bar to recovering under the FELA; and the FELA prohibits railroads from retaliating against employees who provide Designated Legal Counsel with factual information on injuries to fellow employees, or who testify in support of injured workers.

All DLC shall agree as a condition of becoming or remaining SMART TD Designated Legal Counsel that he or she will comply with and be subject to the ABA Model Rules of Professional Conduct as well as the state-law professional responsibility rules and canons for the jurisdictions in which they practice.

The agents of the Union, its officers, staff, and representatives have a duty to exercise their authority solely on behalf of and for the benefit of the SMART TD and its members. The agents of the union must set aside their personal interests and act in the best interests of the Union and its members. No prospective or current DLC shall aid or abet anyone in the violation of their fiduciary duty.

Because an agent of the SMART TD must make each decision based solely on the best interests of the union, it is necessary that the agent be free of improper outside influences that would interfere with an ordinary person’s objectivity in making the decision. No prospective or current DLC shall offer or attempt to improperly influence any decision of an agent of the SMART Transportation Division.

Any DLC solicited for a payment or contribution by any SMART TD or UTUIA officer, staff member, employee, or member must report the details, including the date, time and amount of such solicitation to the International President and SMART TD Coordinator of Designated Legal Counsel immediately in writing. This is in addition to and not a substitute for any other legal or ethical requirement that may attach.

All DLC’s will be permitted to become members of SMART TD, paying all dues except General Committee of Adjustment dues, and should be available and willing to attend their local’s meetings and answer questions concerning the FELA and related laws.

No DLC, under any circumstances, at any time, shall become involved in union politics. DLC’s may, but are not required to, sponsor generic union social and fraternal events and Regional Meetings to promote unity and education among the union’s officers and members.

Any request by a SMART TD member for a political contribution for a union election from a DLC and any provision by a DLC of a political contribution for a union election of any kind including, without limitation, anything of value such as money, goods, services or entertainment to or on behalf of a candidate for union office is absolutely prohibited. Any such solicitation must be immediately reported to the SMART TD Coordinator of Designated Legal Counsel. The employment of or provision of office space to full-time SMART TD elected officers, staff or employees is prohibited.

Under no circumstances is a referral fee to be paid to any SMART TD member or union officer who recommends the DLC to an injured employee. If such a fee is requested, the International President and SMART TD Coordinator of Designated Legal Counsel shall be immediately notified.

Each DLC and members of their firm must be willing to give advice concerning the rights and liabilities of union members for on-the-job injury under FELA and related laws.

DLC’s and members of their firm must be willing to give advice concerning the rights and liabilities of union members for on-the-job injuries, either by telephone or by interview, at no cost to the union member, and should return all members’ calls related to such issues.

Any civil, criminal, administrative or bar complaint, investigation or proceeding commenced against a DLC by any union member or governmental entity shall be immediately reported to the International President and the SMART TD Coordinator of Designated Legal Counsel.

If a state bar association or other body recommends a finding that a DLC or a member of their firm violated ethical obligations, or such violations are found by any court or other adjudicatory body, the DLC shall immediately notify the International President and the General Counsel.

DLC’s should immediately advise the SMART Transportation President prior to any significant change in the membership of their firms (e.g., merger, consolidation, departures, etc.).

The appointment and continued DLC designation is at the sole discretion of the SMART Transportation Division President.

The failure to comply with any of these Rules shall be cause for sanctions up to and including immediate revocation of the DLC designation by the TD President, and in the case of SMART TD members, referral to the International President for corrective action consistent with the SMART Constitution.

SMART Transportation Division shall adopt a complaint procedure to review inquiries or complaints concerning alleged violation of the Rules of Conduct. Any complaint shall be forwarded in writing to the SMART TD Coordinator of Designated Legal Counsel.