On April 15, employees of Denver Transit Operators (DTO) voted to join SMART TD Local 202 at Denver. This vote adds 51 engineers to the local, with growth to a possible 75.

Local 202 Secretary Jeff Maxfield said, “We are proud to represent the operators at DTO and look forward to signing an agreement that not only protects health and welfare, but provides job protection and livable wages.”

Currently, DTO engineers are paid roughly 50 percent of the national average, an issue that SMART TD hopes to rectify.

The addition of these members to the local is thanks to a collaborative effort by Maxfield, Director of Organizing Rich Ross, Colorado State Legislative Director Carl Smith and SMART Sheet Metal Local 9 Organizer Tim Moran.

“This would not have been accomplished without the help of our sheet metal brother Moran,” Maxfield said. “This is a great example of every side working together in unison. This is also a great example of thinking outside the box for organizing opportunities.

DTO is a private company with a 29-year contract to operate and maintain the new commuter rail system currently under construction in and around Denver for the Regional Transportation District (RTD).

They are part of the Eagle P3 Project, which will provide service to over 36 miles of track with electric rail cars. 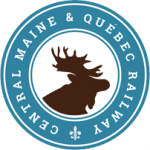 The National Mediation Board certified the election results October 28, 2015. “I would like to thank SMART TD Organizer Larry Grutzius (Local 1895 – Chicago) for all of his hard work in this campaign,” Ross said.

CMQ is a Class III freight railroad responsible for car repair, car storage and switching services in the states of Maine and Vermont. The non-operating employees build and repair track and track infrastructure, repair and inspect freight cars and locomotives. CMQ operates 220 miles of track in Maine and 23 miles in Vermont. The railway is owned by Railroad Acquisition Holdings, LLC.

In a swift and decisive vote held Aug. 27, employees of Rapid City, Pierre & Eastern Railroad selected the International Association of Sheet Metal, Air, Rail and Transportation Workers as their voice on their property.

Among 53 eligible voters, 37 employees marked their ballots for the SMART Transportation Division and five voted for no union representation.

SMART Transportation Division Executive Board member Phillip Craig, who served as United Transportation Union vice general chairperson on the property when it was previously owned by Dakota, Minnesota & Eastern Railroad, was delighted to return his former members to the SMART fold.

“I was the vice general chairperson back when the property was owned by the DM&E and we organized it 25 years ago. I went out to the property prior to it being sold and the employees all felt good about SMART representation. So, I called Washington and I talked with Alternate National Legislative Director John Risch, and then Transportation Division Director of Organizing Rich Ross, and we went out there,” Craig said.

“When we organized it the first time, it took three years. This time it took less than 90 days.”

Ross said that when SMART organizers began passing out literature to RCP&E employees, railroad officials asked workers to delay a representation vote for a year or so while the company instituted new work rules.

He said the employees saw no need to postpone the election. “No deal.”

The shortline railroad operates over 670 miles in four states – Minnesota, South Dakota, Wyoming and Nebraska. It transports about 52,000 carloads annually of grain, ethanol, bentonite clay, fertilizer and other products.