A notice of a meeting of the Surface Transportation Board’s (STB) Rail Energy Transportation Advisory Committee (RETAC) appeared in the Federal Register April 30.

The stated purpose of the meeting is to continue discussions regarding rail performance, capacity constraints, infrastructure planning and development, and the effective coordination among suppliers, carriers and users of energy resources. Items potentially on the agenda include a performance measures review, industry segment updates, a presentation on energy transportation logistics and a roundtable discussion.

RETAC was formed in 2007 to provide guidance to the STB on issues concerning the transportation of coal, ethanol and other biofuels by rail.

Click here to read more from the Federal Register.

Dayton Power & Light announced Monday, March 20, that it will shut down two coal-fired power plants in southern Ohio next year. An estimated 490 people will lose their jobs once the plants close, not to mention the jobs that will be lost in other coal-related industries as a result.

The plants sit at the heart of a region Trump vowed to revitalize with more jobs and greater economic security during his 2016 campaign. As part of his pledge to reinvigorate the area, Trump also said he would “bring back coal” jobs. 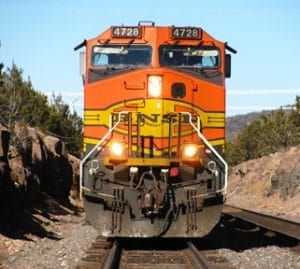 Nine years ago, Burlington Northern Santa Fe Railway Company embarked on a campaign to improve its freight service in and out of the coal-rich Powder River Basin of Montana and Wyoming.

Times were good, the coal industry was booming and BNSF was getting political pressure to beef up its Powder River Basin infrastructure to help meet the nation’s seemingly endless appetite for fossil-fuel energy.

“The administration and Capitol Hill strongly believed that our investment in our coal network was insufficient and that much more investment was needed if we were to meet the forecast of demand going forward,” Matthew K. Rose, the BNSF executive chairman, recalled the other day at the U.S. Energy Information Administration’s annual conference in Washington. “We invested heavily, and now the capacity and the operations of the Powder River Basin lines are very, very impressive.”

WASHINGTON – Ongoing rail service problems have left power plants from Minnesota to Texas low on coal as an early blast of winter weather hit the nation’s midsection this week.

Some fear the stage has been set for a repeat of last winter, when heavy snowfall and subzero temperatures crippled rail operations in the Upper Midwest and Chicago, which had ripple effects across the rest of the country.

Northwest Now is an Emmy®-award winning weekly public affairs show that goes beyond the headlines to provide perspective on the issues that have western Washington talking.

In this episode, Northwest Now takes a closer look at coal trains and the two proposed terminals that would be used to export coal and oil through Washington. Krohn discusses these issue with host Tom Layson and Sightline Institute policy director Eric De Place.

BNSF Railroad will invest $235 million in its system in Washington state this year, nearly double the amount invested in 2013.

This suggests that the company is continuing to upgrade a system that supported $28.5 billion in state economic activity, according to a study released Monday.

Pat Corp, Virginia State Legislative Director of the SMART Transportation Division, submitted the following letter to the editor of The Roanoke Times. It was published Aug. 22, 2014.

Re: the July 28 article “Coal exports bypass emission rules” from the Associated Press. The article’s leanings struck me as somewhat less than pure investigative reporting.

U.S. exports are actually down and projected to decrease through 2015 for a reduction of almost 25 percent from 2012, due in most part to other countries upping their production levels (source Energy Information Adminstration).

Since world demand for coal is expected to grow and demand for our coal to almost double, building export terminals in the U.S. for Powder River Basin coal is being worked out now and argued over, yet the author fails to note Canada has the ability to export as well, and this is outside of the administration’s authority. British Columbia is planning expansion of the coal terminal at New Westminster and a large new facility at Prince Rupert.

History is replete with examples of failed attempts to stop the supply of commodities in the face of demand (marijuana being a prime example). Perpetuating the misperception that restricting U.S. coal exports will result in the world’s reduction in the use of coal is promoting an agenda of certain groups whose ultimate goal, though arguably utopian, is the unrealistic near-term elimination of fossil fuel use.

Any coal export or mining of coal that is for the purpose of burning for thermal (power plant) or metallurgical (steel production) will add to global emissions, versus where it not mined at all. The real question is in what amounts. The article could have argued the emissions from production and transportation of U.S.-mined coal exceed that of Australia or Columbia, if it does.

Perhaps the large supply of U.S. reserves keeps the costs of coal lower on the open markets than if that supply were not accessible, and therefore more economically feasible to use as opposed to less carbon producing alternatives, but it is a leap to say it is “fueling demand.” Though this country holds 28 percent of recoverable coal reserves, this leaves 72 percent on the world market, hardly a monopoly.

The author, after exploring the administration’s reasoning for not interfering in the domestic coal export markets as an avenue for lessening worldwide carbon emissions, leaves us with the thought that U.S. coal exports have a direct effect on rising sea levels in the Norfolk area, and therefore the false suggestion that the reduction of such would have the reverse effect, and further implies the ship sailing away from U.S. shores to other countries is the cause of global warming.

Continuing and accelerating the research and application of technologies that will allow for the use of all fossil fuels, with the goal being to minimize any environmental impact, and at the same time lessening demand in developed and developing countries through technology is a realistic approach to solving the carbon emissions quandary worldwide.

Examples of each are carbon sequestration, which The Roanoke Times covered well not so long ago, and wraparound solar panels, which can envelope an entire multistory building. China is still building coal-fired power plants at a substantial rate, along with India, and even Germany is increasing its electricity capacity from coal generation.

The U.S. needs to keep trade open to these countries and maintain relationships in the coal markets so we can influence the expansion of pollution and carbon mitigation technologies worldwide.

Printing articles that accurately explore carbon emission/pollution reduction possibilities (which the author failed to do) would certainly be of greater service in informing readers to the challenges of providing the world with affordable electricity, and at the same time maintaining a healthy planet for all to be able to enjoy the benefits of that electricity.

Newspapers still play a significant role in keeping the public informed as to the workings of the world. Unfortunately, articles such as the referenced one here do all a disservice, certainly those in our domestic coal industry, by building upon the myth that limiting U.S. coal exports is a realistic answer to global warming.

U.S. railroads hauled the highest number of carloads so far this year in the week that ended Saturday (Aug. 2), partly driven by low stockpiles at US utilities and pressure from producers to move more coal.

The Association of American Railroads said Thursday (Aug. 7) that weekly coal carloads originated on all U.S. railroads totaled 116,881, up 0.1 percent from the same week a year ago and 0.8 percent from the prior week. It was the highest number of carloads since 118,391 for the week that ended Sept. 14, 2013.

Read the complete article at Platts. 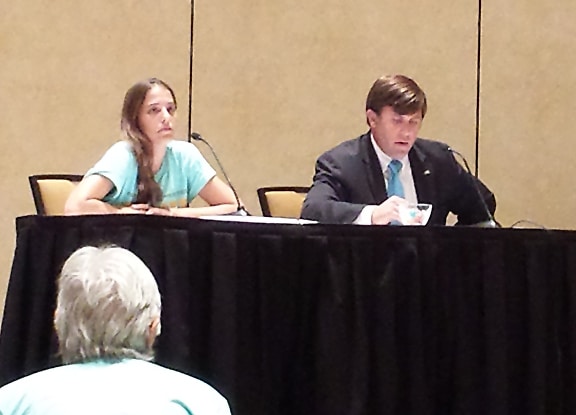