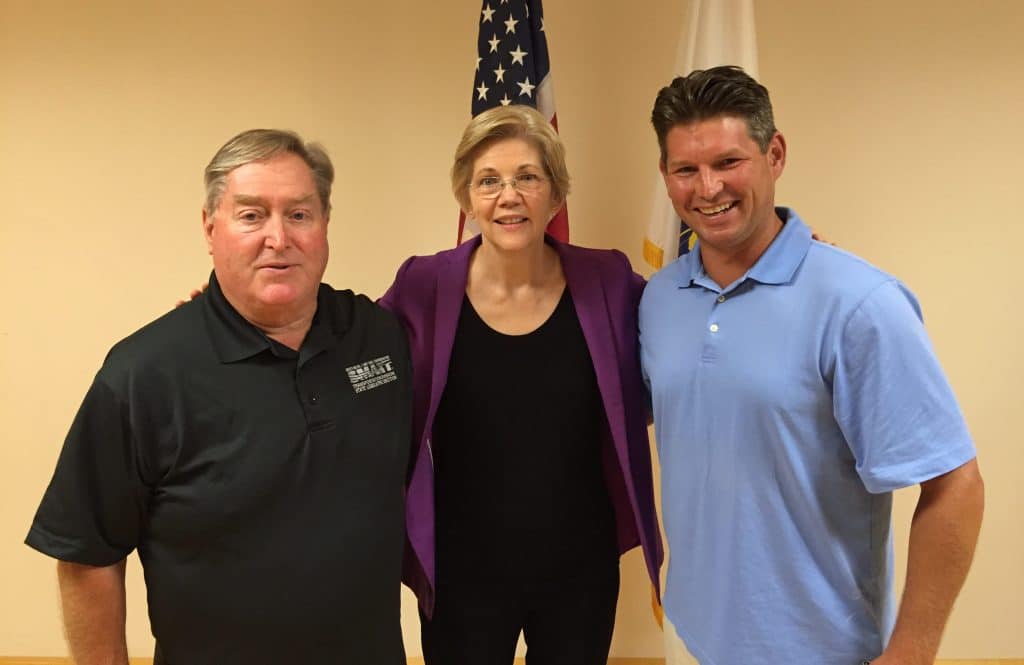 According to Warren’s website, “America’s Agenda” is about the economic security of working families and what can be done to rebuild the middle class. Warren is currently traveling across Massachusetts, giving presentations on this agenda.

Click here to view a video on Warren’s agenda. 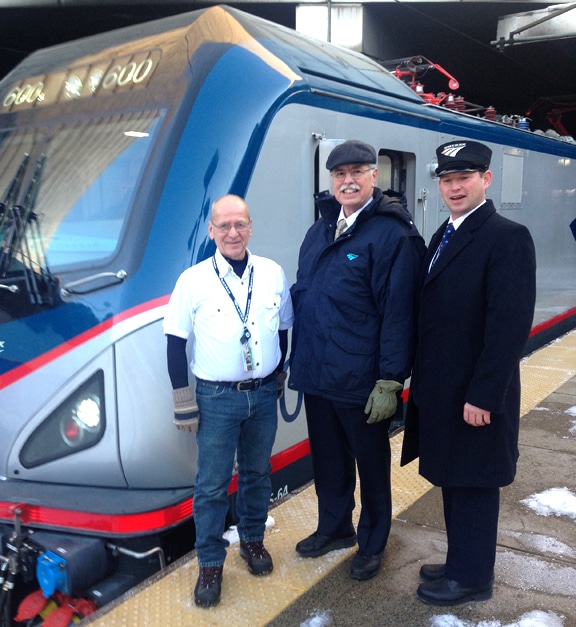 Amtrak President and CEO Joseph Boardman, center, joins engineer Arthur Fontes, left, and conductor and Vice Local Chairperson Chris Weldon (262) on the platform of Boston’s South Station for the first revenue trip of one of Amtrak’s 70 new electric advanced technology locomotives. Weldon and Fontes were the first crew members out of Boston on the new ACS-64, which will operate on the passenger carrier’s Northeast Corridor.

Amtrak will launch the first of a fleet of new locomotives out of Boston’s South Station on Friday, officials said.

Read the complete story at the Boston Globe.