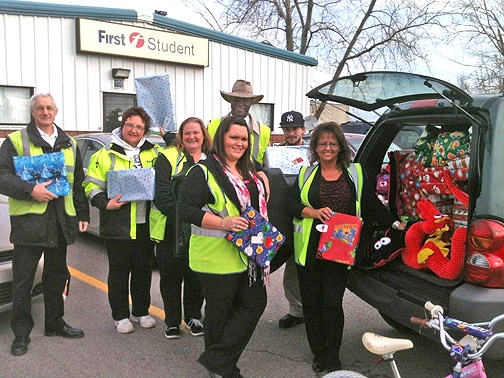 Warning: Do not try this without your employer’s permission.

That said, a bus driver in Geneva, Switzerland, has gained television stardom there for her singing while at the wheel, reports AFP international news service.

The 49-year-old female driver, Maya Wirz, was given to singing opera while on the job, and soon gained the nickname of Switzerland’s Susan Boyle. “I want to sing for heaven’s sake,” the driver told the AFP.

So after a 13-year career as a bus driver, she is now flirting with national stardom, reports the AFP.

She also sings in the bath, she told the AFP — probably a better place for most wannabe sopranos than on the job.