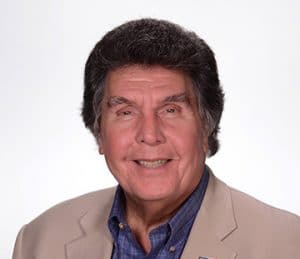 According to the New Jersey Globe, O’Connell defeated contender Gina LaPlaca by 10 votes, 190-180, in the election that took place Jan. 19.

“I want to thank everybody that helped me, especially my Delran political family … I couldn’t have done any of this without you,” O’Connell said in a statement to the New Jersey Globe.

Freeholders in New Jersey hold a position similar to county commissioners in other states. The term goes back to New Jersey’s colonial roots.

O’Connell won re-election as a Delran Township councilman this past November. With his election as freeholder, O’Connell is required to step down from that seat.

O’Connell’s term as freeholder begins immediately, and he will have to run for election to fill the remaining two years of the term on the November ballot.

“Working for the UTU/SMART TD, along with our affiliation with the NJ State AFL-CIO, showed me the importance of having rank and file union members serve in a variety of elected offices,” O’Connell told SMART TD. “From school boards to city, county, state and even federal office, it shows people that we — union members — have something to offer our communities and helps show that — unlike how some would portray us — we’re not greedy, self-centered people, but that we care about others.”

Click here to read more from the New Jersey Globe.