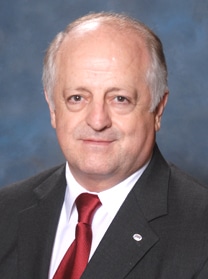 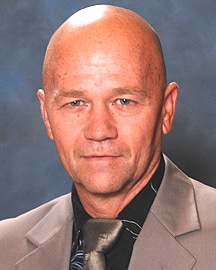 America’s soldiers and their families are sacrificing to preserve liberty and ensure justice throughout the world.

As labor unionists, we can follow their example of service by remaining resolute in our struggle against injustice and the denial of human rights and dignity here at home.

Liberty means freedom from tyranny at home. Justice must be demanded in corporate boardrooms and the workplace.

Working men and women are under attack in states throughout America. It is an attack on all that unions have fought so long and hard to achieve — the right to organize and bargain collectively for good wages and safe working conditions.

The attack is by those who cannot make their case at the bargaining table.

Working families, whose purchasing power sustains our economy, absolutely did not cause the economic collapse that has driven states into the red.

Yet those families are now told that their breadwinners don’t deserve a seat at the table when the elimination of their jobs and a reduction in their negotiated wages and health care and retirement plans are discussed.

A half century ago, Americans of every color, creed, faith and age stood shoulder-to-shoulder in the fight against racial and social injustice, and made America a better place for us all.

We must renew that spirit, reaffirm that message and reignite that flame of righteous indignation against this denial of democracy and dignity in the workplace.

We must reach out to young people for whom the American dream is becoming a legendary paradise lost, and to the unorganized, because their future depends on our success.

Without strong labor unions and labor laws, America’s middle class will disappear into a nation of masters and servants.

America is better than that. Our cause is just. Our motives and our actions must be honorable, but unequivocal.

We must prevail, because the loss of these precious rights will dishonor all who came before us, and resign the generations who follow to lives of meager toil without the just rewards of honest labor.

The signs — carried, pasted and nailed about the Wisconsin state capitol building this past weekend — say it all: “United we bargain, divided we beg.”

For labor, this may be our finest hour, as working families have gathered peacefully, but strong, confident and determined, in hundreds of cities nationwide to protest the most coordinated union-busting efforts since the early 1900s.

Collective bargaining rights, union membership rights, the right to strike and check-off for union-member PAC contributions are all under attack in numerous states.

Some 70,000 workers and their families — union and non-union, and joined by hundreds of UTU members — protested in Wisconsin’s capital city, Madison, Saturday, Feb. 15.

Students of history know the struggles of the early 20th century, when workers were at the mercy of employers. Armed Pinkerton detectives and even armed federal troops were called out to put down efforts of workers for better pay, benefits and working conditions.

It was not until the Railway Labor Act of 1926 and the National Labor Relations Act of 1935 that workers could lawfully join a union free of employer interference, engage in collective bargaining and be safe from the bayonets and bullets that once met organizing attempts and workplace protests. It took until 1959 — with Wisconsin leading the way — that state workers gained a right of collective bargaining. Federal workers did not gain such rights until 1962.

Today’s right-wing, anti-union zealots — many who have gained political office, bankrolled by similar thinking millionaires and billionaires — would turn back the clock.

But united labor must stand, lest we be divided and conquered.

One right-wing blog already is predicting the end of labor unions in America, recklessly blaming collective bargaining for scores of society’s economic ills.

Of course it’s rubbish, but unless the millions of working families making up America’s labor movement counter the lies and distortions being spread, and stand-up to the assault on the middle class, we will, indeed, be divided and reduced to begging status.

We have seen American corporations close factories and move production to third-world nations in search of cheap labor, destroying the hopes and dreams of tens of thousands of American workers and their families.

Now the assault on the American worker has been expanded to destroying the labor unions that helped to create America’s middle class.

The right-wing lawmakers, resolute in destroying collective bargaining and labor unions, assert that the reason is to balance state budgets and save millions of dollars.

Perhaps not surprisingly, Egyptians, who have overthrown a dictatorship that eliminated that nation’s working class, have found the time and energy to lend support to American labor’s fight against the would-be dictators who want to determine — free of collective bargaining — the wages, benefits and working conditions for public employees.

Our great-grandfathers fought with blood, sweat and tears to gain laws assuring our rights to join a labor union of our choice and engage in collective bargaining. To sit idly by as a minority of right-wing zealots seeks to eliminate those rights is to mock the sacrifices and gains of our forebears.

As UTU International President Mike Futhey says in supporting pro-collective-bargaining demonstrations, “We are not going away and we will not forget. This fight is making organized labor stronger than ever. This will be our finest hour.”