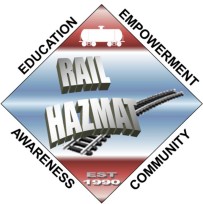 This training addresses OSHA- and DOT-required training in addition to procedures, different levels of response and worker protection in a hazardous materials emergency or release, weapons of mass destruction awareness and the incident command system. The Rail Program will conduct the 30-hour Chemical Emergency Response and OSHA 10 Hour Awareness Training Program, and the training also provides completion of the OSHA 10-Hour General Industry Outreach requirements.

The Rail Workers Hazardous Materials Training Program is funded to provide this training by a federal grant from the National Institute of Environmental Health Sciences (NIEHS). The funding provides the following student expenses: travel, lodging and meals. In addition, an incentive of $175 per day is available to all training participants of these programs, except those who are able to secure regular pay through their employer, or are paid union officers. Lodging is available to attendees traveling more than 50 miles to the workshop.

A flier about the session is available to post at your worksite.

With the partial federal government shutdown in its 35th day on Jan. 25, many small- to mid-sized transit agencies are reporting a financial pinch, Politico.com reports.

Agencies in North Carolina, Missouri, Arizona and California all say that cuts in service are on the table if the shutdown persists.

And at least one transit provider, Cape Fear Public Transportation Agency in Wilmington, N.C., is considering a plan to not operate in February because of a lack of funds. Its executive director reports that Federal Transit Administration (FTA) reimbursements for the first four months of the fiscal year have not been processed with each reimbursement representing a quarter of its monthly operating budget.

But even if the shutdown ended soon, it would not guarantee that the payments would arrive to fund operations, executive director Albert Eby told Politico.com.

Read the full story at politico.com.

PHOENIX – UTU Arizona State Legislative Director Greg Hynes has seen the political attack on organized labor unfold in the Southeast, the Midwest and north in Idaho, knowing it was but a matter of time before the extremists came knocking on the door in the his state. When they did, Hynes and other labor union officers were prepared to fight back.

A federal district court in Phoenix listened carefully — and agreed — as organized labor challenged a new state law aimed squarely at diluting the political power of labor unions in Arizona.

An anti-union Arizona legislative majority decreed that some labor unions – but not the ones with which they curry favor; and certainly not employers – should be restricted in making contributions to political candidates or causes.

A First Amendment violation was made clear to the federal court – that the law’s intent was arbitrarily to restrict the free speech of targeted labor unions – and the state was ordered by the court not to enforce the law on its effective date of Oct. 1. The court now will now consider imposing a permanent injunction.

In the fashion of the novel “1984” by George Orwell, which probed mass mind control, the law’s authors spitefully misnamed it, “Protect Arizona Employees’ Paychecks from Politics Act.”

The law is intended to restrict targeted labor unions – presumably those unions that support political opponents and policies of the legislative majority – from using paycheck deductions of its members to fund political activities or causes.

The law does not impose similar restrictions on unions representing police officers, or on employers who make political contributions. As such, the federal district court said the law violates the free speech rights of the targeted unions.

The court held that the law “violates the First Amendment” by discriminating against ‘those wishing to express less favored or more controversial views”; and “by imposing its burdens on the political speech of some unions and other organizations and not imposing like costs upon other similarly-situated unions, or on other organizations that can use the funds for political activity, the law is under-inclusive and discriminates according to speaker.”

Hynes said the law, put on hold by the court, is “part of a comprehensive legislative campaign to quash speech in Arizona by labor organizations and groups representing employees.” One news organization quoted a sponsor of the law as saying it is intended to prevent unions “from taking their First Amendment rights too far and infringing on the rights of employers.”