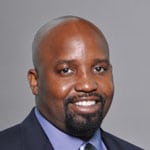 Almost half of states in the United States today are right to work states. ‘Right to work’ is a statute or law that prohibits union security agreements between labor unions and employers. These laws govern the extent to which an established union cannot require an employee’s membership, payment of union dues or fees as a condition of employment either before or after hiring.

The Taft-Hartley Act created a law for this provision. It supersedes, but continues most of the provisions of the NLRB (National Labor Relation Board). In addition, it provides for an 80-day injunction against strikes that endanger public health and safety, and bans closed shops, secondary boycotts, jurisdictional strikes and certain other union practices. Since 2000, four states have become a ‘Right to work’ state.

These laws represent challenges for unions to promote the welfare of their members and workers in general. Some of our bus locals operate under these laws, which can make our work more difficult, but not impossible.

Organizing and representing our current and new membership is a common goal that we all can share in our locals. We should organize on a regular basis. As an officer, organizing can be an asset to the local’s membership. Keeping organizing at the forefront of membership makes everyone a part of the team.

Representation is critical. Let’s know our agreement and be prompt with answers to membership questions. As members, let’s talk about the importance of your union, (what it provides, working conditions, safety and what it has done for you). Be involved by attending union meetings and union functions that the locals may have. Encourage your brothers and sisters to attend as well. And most importantly, ask questions.

Together, we are powerful with greater and engaged membership!

The members of newly formed Local 1703 at Knoxville, Tenn., are employed by First Transit, Inc., based in Cincinnati, Ohio.

The three-year agreement is retroactive to June 1, 2014. It consists of improved work rules, a 401k retirement savings plan, additional vacation allowances based on seniority, increase company contributions to the employees’ comprehensive group health insurance coverage, a personal day, sick time off, and an increasing scale of wages through the term of agreement, Hughes said. It also establishes a labor-management committee providing a forum for discussion on work-related issues that may arise.

Although winter hasn’t arrived yet, many states have already seen winter conditions and record snowfall. It’s that time of the year that U.S. roads and highways can be hazardous for transportation.

These conditions can be especially difficult for bus operators, as many people depend on us to get them to their destinations safely and on time.

We need to be extra cautious and prepared this season. Here are a few preventive measures you should practice to keep you and your passengers safe.

Our main goal is to be safe. All operators should have buses that are equipped with the necessities to handle the winter weather. Make sure that you put yourself and your passengers in the safest position at all times.

Members of Local 1596 (Charlotte, N.C.) have finalized new contracts with Transit Management of Charlotte and First Transit of Concord/Kannapolis.

The three-year agreements provide for wage increases, improvements in pensions, an increase in the employer contribution to health care insurance, an additional number of personal leave days and better work rules.

Hughes praised local officers on the negotiating committees for “expert preparation and tireless efforts to achieve the accomplishments in a difficult economic environment.”