Click here to read the posted notice in the Federal Register.

The Federal Motor Carrier Safety Administration (FMCSA) has launched a web page that provides information about the Commercial Driver’s License Drug and Alcohol Clearinghouse, a database to be launched in early January 2020.

The database’s purpose is to track and identify “drivers who are not legally permitted to operate commercial motor vehicles (CMVs) due to drug and alcohol program violations,” the FMCSA said.

In 2012, Congress directed the secretary of transportation to establish a national clearinghouse containing commercial motor vehicle operators’ violations of FMCSA’s drug and alcohol testing program in Section 32402 of the Moving Ahead for Progress in the 21st Century Act (MAP-21). This rule implements that mandate and responds to recommendations of the National Transportation Safety Board.

FMCSA says on the website that registration with the database will open in the fall and all operators who hold a commercial driver’s license (CDL) or commercial driver’s permit (CLP) must comply with the requirement in order to continue working in a safety-sensitive role.

On Aug. 30 from 10 a.m. to 4 p.m., the Federal Railroad Administration will host a seminar on drug testing policy and rail safety in Kansas City, Mo.

The seminar dives into 2017 drug testing amendments and a pair of amendments to safety rules created in November 2014 and December 2017. It will be held at the National Weather Service Training Center Auditorium, 37220 NW 101st, Kansas City, MO 64153. A government-issued ID is required to enter the building. There is no charge to attend. 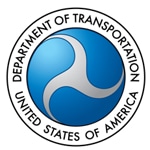 On Nov. 13, 2017, the Department of Transportation (DOT) published a final rule that, among other items, expands DOT’s current drug testing panel to include certain semi-synthetic opioids (i.e., hydrocodone, oxycodone, hydromorphone, oxymorphone). Testing for methylenedioxyethylamphetamine (MDEA) has been removed while methylenedioxyamphetamine (MDA) has been added as an initial test analyte.

“The opioid crisis is a threat to public safety when it involves safety-sensitive employees involved in the operation of any kind of vehicle or transport,” said DOT Secretary Elaine L. Chao. “The ability to test for a broader range of opioids will advance transportation safety significantly and provide another deterrence to opioid abuse, which will better protect the public and ultimately save lives.”

Click here to read the final rule as published in the Federal Register.

Federal regulators are putting the brakes on new alcohol and drug regulations for railroad maintenance workers.

The Federal Railroad Administration (FRA) proposed new testing requirements for railroad track workers in July but said Wednesday (Sept. 24) it is extending the comment period at the request of industry groups.