Stem told the committee that any discussion concerning rail safety should start with employee fatigue as the first order of business.

“Our railroad corporations are re-investing more than $20 billion annually in upgrading, maintaining and expanding their infrastructure, but are unwilling to invest anything in resolving the most pressing of safety issues – unpredictable work schedules coupled with employee availability policies,” Stem said.

“The Railroad Safety Improvement Act of 2008 contained provisions for two pilot projects sponsored by the Federal Railroad Administration for improving work schedules and employee notification. We have urged all the Class I railroads to participate in a pilot project, but not a single railroad would agree to a pilot.”

Stem offered the following suggestions to address the issue:

•Notifying employees before going off-duty what time they will be required to return to work for the next tour of duty. This option actually improves the availability of the employee by allowing the employee to return to service after only 10 hours off duty.

“The high level of professionalism and dedication of the operating crews running our railroads today are the only reasons that accidents are not more frequent,” Stem said.

On positive train control, Stem testified that there are segments of the railroad industry that are hoping Congress will grant a blanket extension of three to five years for PTC implementation. The current required date for implementation is more than 30 months away on December 31, 2015.

“If Congress chooses to grant a blanket extension for PTC, the railroads that are behind on their implementation schedule today will further slow their progress, or just stop the process until that new extension expires,” he said.

“Any extension for PTC implementation should be on an individual basis, short in duration, six to 12 months, and only after identifying the reasons that the current implementation date is not obtainable.

“The PTC systems that are being implemented today contain all the information on thedisplay screen that is necessary to operate a train safely. This will be the first time that the operating crews on the locomotive will have all that information contained in one place and displayed in real time. The quality of that information on the screen will significantly reduce the complexity of safely operating the train.”

Some railroads, including Amtrak, BNSF and Metrolink in California have announced that they will be able to meet the statutory deadline and are continuing the implementation and testing of PTC components.

?On Amtrak, Stem testified about the need for continued funding of the passenger rail carrier.

“Since its inception, Amtrak has done a remarkable job with often inadequate resources. While setting ridership records in recent years, their safety record remains solid. Amtrak’s growing passenger volumes has made them far more self-sufficient than in the past, recovering 79 percent of their operating costs from ticket revenue. The high price of fuel, growing highway and airport congestion, and the significant increase in the number of passenger rail options, all contribute to the constant increases in ridership on Amtrak.

“Even with their remarkable progress, Amtrak has had no shortage of congressional critics who expect Amtrak to be the world’s only profitable passenger railroad. We ask that this committee take a fresh look at this American success story and work with the leaders of Amtrak and others to help ‘America’s Railroad’ build on its 40 plus years of success. Amtrak was created because the demand for rail passenger services remained strong, and the private railroads could not make a profit operating their own passenger trains.”

Addressing worker training, Stem said that thousands of new employees will be coming into the freight and passenger rail industies in the near future and that adequate and appropriate training is a major safety concern.

“Our experience is that the training of our members varies widely from railroad to railroad. Some of the larger railroads are reported to have excellent initial training programs for conductors and engineers. However, they rely almost exclusively on computer-based training for follow-up training or what I call ‘training on your own.’ They no longer use the traditional model of mentoring or apprenticeship, where a new employee has the advantage of working with more mature employees with experience, skills, and good technique.

“Forty years ago, there were five members of a train crew and they spent years working as brakemen before becoming conductors, and likewise, years as a fireman before becoming an engineer. Today, the standard crew size is two. Now railroads hire people off the street and train them to be conductors in several short months. We are concerned about the long-term impact of insufficient training processes that create employees that lack the confidence in their abilities to stop a train movement when they suspect something is wrong.

“It’s expensive to train new people, so like some American companies, railroads, when left to their own desires, will reduce training costs as much as possible for the short term gains involved.” 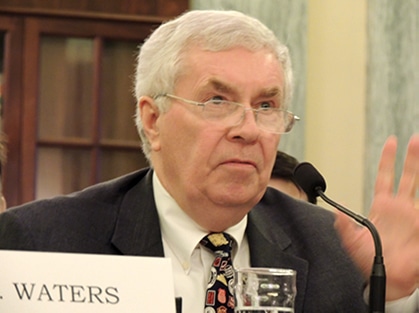