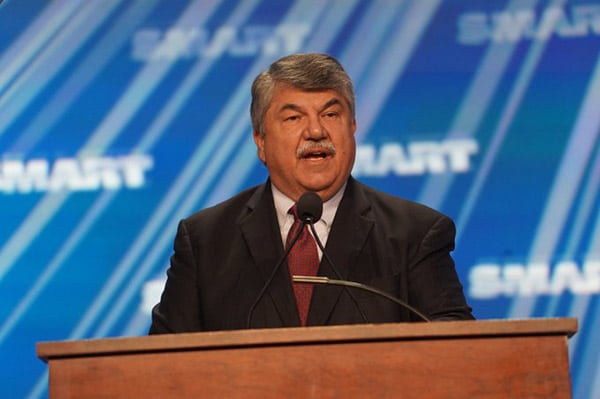 Statement from SMART on the passing of AFL-CIO President Richard Trumka:

On this hard and difficult day, our thoughts are with the family, friends and colleagues of Richard Trumka. President of the AFL-CIO since 2009, Trumka brought with him his immense reserve of experience, grit and know-how from his time as secretary-treasurer of the AFL-CIO and as president of the United Mine Workers of America (UMWA).

A third-generation coal miner from western Pennsylvania, he began working in the mines at age 19 and supported himself while studying for his law degree at Villanova University. In 1982, he became president of the UMWA, where he fought tirelessly for mine workers.

He dedicated his life’s work to creating a nation that would leave no worker behind and serve as a society that rewards hard work. Richard Trumka never forgot who he was working for, nor did he forget the working-class principals for which he was fighting.

SMART joins our brothers and sisters across the labor movement and working people across the United States — and around the world — in mourning his loss.  His life’s work will continue, as we all continue the fight to ensure the hard work and sacrifices made by America’s working families are rewarded.

Trumka was a keynote speaker at the 2019 SMART General Convention. Click below to view a highlight from his address to more than 1200 convention delegates.