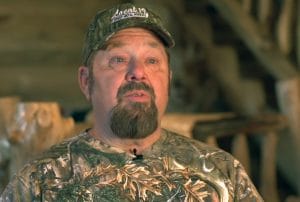 Going on a Western mule deer hunt would be a trip of a lifetime for many hunters.  For Keith Gilmer, a member of Sheet Metal Workers Local 19 from Bethel, PA, it was even more of a dream come true because 12 years ago, he didn’t know how many more chances he would have to hunt.

“In 2004, I found out that I was headed towards renal failure; my kidneys were shutting down,” Gilmer said.  “I wasn’t sure how many more times I would be in my treestand.”

Luckily, Gilmer met a woman through his community volunteer work who offered to be tested as a potential donor and was a match.  She donated a kidney, Gilmer recovered and the two were married in 2013.  Now Gilmer treats each day and all those special moments in the woods as a gift.

An avid hunter for the past 45 years, Gilmer has harvested many whitetails with his bow, crossbow, rifle and handgun in Pennsylvania, but family commitments prevented him from going on a Western big game hunt.  He finally got that chance when he saw an ad for the Union Sportsmen’s Alliance’s Brotherhood Outdoors TV series in his union magazine and applied to be a guest.

On November 20, 2015, Gilmer flew to Billings, Montana, and met up with Brotherhood Outdoors co-hosts Daniel Lee Martin and Julie McQueen along with his guide, Dale Denny of BearPaw Outfitters.  The hunt kicked off exceptionally well the next day when the group spotted a very nice whitetail buck at first light.  Gilmer’s hunting tag provided the option for a whitetail or mule deer, so although it took a lot of willpower, he decided to pass on the shot and hold out for a muley.  Gilmer and the crew saw more than 100 deer that day, and about 40 percent were bucks, but Gilmer continued to be patient.

“The second day, we again saw plenty of deer, and just as we were going back to take a lunch break, we spotted some bedded mule deer – five does and one buck.  That’s what I was hoping for,” Gilmer said.

When the buck and his does got up and headed over the next ridge, the hunters followed.  They caught up with the deer just before they crossed over yet another ridge and headed into a canyon, and Gilmer got in position for a 120-yard shot on his first mule deer.

Does Gilmer get to give thanks for harvesting a mule deer buck just days before Thanksgiving or simply for the beautiful scenery and incredible opportunity?

Tune in to Brotherhood Outdoors on Sunday, March 6 at 11 a.m. ET on Sportsman Channel to find out. Visit www.BrotherhoodOutdoors.tv for full season schedule, photos, video clips and more.