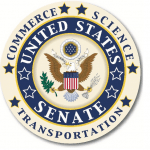 The legislation authorizes Amtrak for the next four years at an average $1.65 billion a year. Additionally, $570 million in grant funding is authorized every year, highlighted by a grant program that consolidates previous separate, siloed authorizations into a streamlined, competitive program. These competitive grants would go toward programs related to capital improvements, alleviating rail congestion, improving grade crossings, implementing Positive Train Control and other safety and infrastructure projects.

Highlights of S. 1626, as amended and approved by the committee:

A Sustainable Course for Passenger Rail

Sharing the rails with freight

Click here for text of the bill as introduced by Sens. Booker and Wicker.