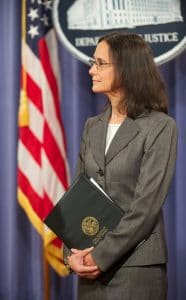 Illinois attorney general Lisa Madigan has weighed in on right to work “for less” legislation that is being pushed by Governor Bruce Rauner allowing local governments to create “Right-to-Work” zones wile banning prevailing wages for residents working in those “zones.”

In her opinion on the “right-to-work issue,” Madigan argues that proposed “empowerment zones” violate federal labor law and could only be accomplished on a state rather than municipal level.

In her other opinion, Madigan notes that the Illinois Supreme Court has ruled that even for home rule local governments the prevailing wage must be obeyed on a state level.

When Rauner attempted to stop the collection of automatic dues through executive order he simultaneously launched a lawsuit, asking that the dues be placed in escrow until legal proceedings were complete.  That plan hit a major stumbling block Madigan found that the Governor’s scheme was illegal.  Even the GOP comptroller, Leslie Munger (a Rauner appointee) sided with the Attorney General’s office.   Showing his utter disdain for the system of checks and balances that keep him from operating like a dictator, Rauner attempted to direct the agencies himself to stop collecting the fees.

Much of Illinois’ 2014 election was focused on getting the state into better fiscal shape.  The multibillionaire Rauner used his business background as a hedge fund manager to promote himself as the person for the job.  So far, he has only focused on demonizing unions and working families instead.

Both chambers of the legislature are controlled by Democrats and most elected Republicans in Illinois have aligned with labor in the past.