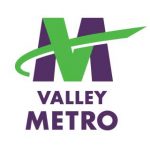 According to unofficial results, nearly 55 percent of voters approved the measure known as Transportation 2050.

Listed on the ballot as Proposition 104, the plan calls for a 0.7 percent sales tax that would fund the construction of an additional 42 miles of light-rail throughout the city, late-night bus and Dial-a-Ride services, and the repaving of more than 680 miles of streets, according to a press release from the city.