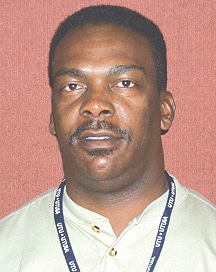 Fatigue management was a topic of significant importance earlier this month at a National Transportation Safety Board forum I attended in Washington, D.C.

The troubling news from the forum is that non-union bus operators, employed by so-called low-cost carriers, are being forced to work too many hours, with many of the drivers clearly in violation of hours-of-service regulations.

For too many non-union bus operators, pay is so low they are compromised into working excessive hours to feed their families — and that means driving while fatigued. That’s not only unlawful; it’s dangerous.

An effective solution is not necessarily revising the hours-of-service regulations; but rather revising the law that permits non-union carriers to avoid paying their drivers overtime rates.

At no time should low driver earnings be allowed to compromise safety, but that is the situation too many low-paid, non-union operators face.

Lack of training is another problem for non-union operators employed by carriers whose primary interest is putting a driver — no matter how poorly paid or poorly trained — behind the wheel.

Much emphasis is being placed on revising hours-of-service regulations and installing new technology such as collision warning systems and lane departure warnings. Yes, they are important in assuring safety.

Too often overlooked is the ability of carriers to intimidate drivers into violating the hours-of-service law; and the fact that new technology is not, in itself, a solution to the fatigue problem.

In my mind, it makes eminent good sense to put equal or more emphasis on assuring only qualified, alert and non-fatigued drivers are behind the wheel — drivers who are properly trained and properly recruited with competitive wage and benefits packages.

Within the UTU, we recognize this in our contracts, and it is time for federal and state regulators to recognize the issue among the growing number of so-called low-cost bus companies that put profit ahead of safety.

Take, for example, a bill currently being considered by the U.S. Senate — S. 453, the Motorcoach Enhanced Safety Act. The bill would require safety improvements in construction of new buses, but missing in that bill is recognition that assuring the hiring and retention of properly qualified, fully trained and competitively paid drivers is equally important in assuring safe passenger transportation.

I will be leading discussions on these issues at our regional meetings in San Antonio and New York in June and July, and I hope as many of our drivers as possible will attend these regional meeting bus workshops.

We also will be discussing the Federal Motor Carrier Safety Administration’s new rules for obtaining a commercial driver’s license (CDL) and commerical learner’s permit (CLP). Those new rules are posted on the UTU webpage.

In the San Antonio and New York regional meetings we also will be discussing opportunities for federal grants to help improve the skills of labor negotiators and encourage innovative approaches to collaborative labor-management problem solving. We will work with the UTU National Legislative Office and President Futhey to make application for a grant to the UTU.

I also call your attention to the Bus Department page of the UTU website at www.utu.org. A link has been added on that page to a recent DOT Motorcoach Safety Action Plan. Scroll down on that page and the link is in the fourth column to the right, under “Bus Safety”. The new FMCSA rules on obtaining a CDL and CLP also appear there.