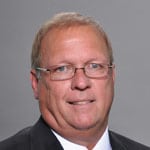 UTU-represented maintenance-of-way employees on Missouri & North Arkansas Railroad, who chose the UTU as their bargaining representative in January, have ratified their first collective bargaining agreement.

UTU Alternate Vice President Doyle Turner, who assisted with the negotiations, said these members now will join with other UTU-represented shortline employees in achieving “parity in wages, benefits and work rules in addition to the many other protections offered by union membership.” Turner also heads the UTU’s shortline railroad initiative.