Fight for our futures against labor’s enemies 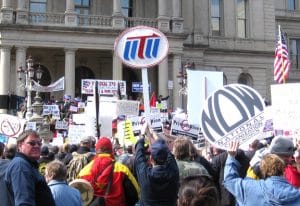