Archive for the ‘Videos & Recordings’ Category

In this video, Arielle Womack of SMART SM Local 66 in Western Wash. shares the story of how her union sisters and brothers had her back after she experienced family tragedy.

“You can tell someone all day that you’re gonna be there for them. But when you show up is when it matters. ‘I Got Your Back’ is showing up when it counts.” 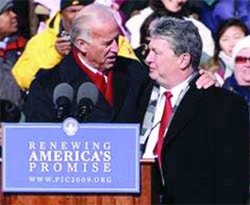 SMART Transportation Division Alternate Vice President J. Scott Chelette, general chairperson of GO 927, was featured in a television news report about the rail industry’s intention to eliminate the conductor from the cab of freight trains in the wake of Class I freight carriers implementing Positive Train Control (PTC).

Chelette was featured alongside West, Texas, Police Chief Darryl Barton on the report, broadcast Jan. 30 on KWTX-TV in Waco, Texas.

“The industry wants to take it a step further and thinks that because they have Positive Train Control that we don’t need a conductor on the locomotive anymore. That’s not the case,” Chelette said. “It’s just a failsafe. It’s just like your vehicle having an alert system.”

Our members know that PTC is not a cure-all and that its operational performance has been sporadic. If technology such as PTC impedes your ability to operate a train, then a Technology Event Report should be filed with SMART-TD.

Video of Chelette’s appearance is available above. The entire article from KWTX can be read on the station’s website. 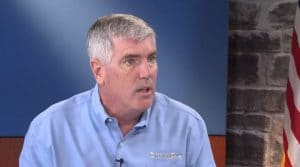 Hear questions your fellow members sent in and the General President’s responses. The event was a success, with a steady stream of questions asked online by SMART members from across every part of the organization.  Click here to view.

This includes the dispersal of approximately $500,000 (to date) in cash and material relief contributions to affected sheet metal and transportation members;

an immediate mobilization of volunteer members and local unions across the U.S. and Canada to deliver needed material to affected members (Thus includes box fans, dehumidifiers, bleach, food and diapers among other items);

SASMI trustees came together to allowed the Plan to make a special benefit payment to members who lost wages due to Hurricane Harvey and then a week later Irma. The resolution allowed SASMI to make a benefit payable for up to 40 hours of pay, and;

Please contact your Business Manager or General Chairman immediately if you have suffered a loss or been affected by these natural disasters.

Ohio’s State Legislative Director Stuart Gardner went on The Union Edge: Labor’s Talk Radio to discuss with Host Charles Showalter why two-person crews are necessary for the safety of all.

Northwest Now is an Emmy®-award winning weekly public affairs show that goes beyond the headlines to provide perspective on the issues that have western Washington talking.

In this episode, Northwest Now takes a closer look at coal trains and the two proposed terminals that would be used to export coal and oil through Washington. Krohn discusses these issue with host Tom Layson and Sightline Institute policy director Eric De Place.