Archive for the ‘Online fundraiser’ Category

Brother Wesley Welch of Local 1381 (Hammond, Ind.), his wife and their two daughters lost their house in a fire Jan. 30 and are seeking help.

Welch, 39, a switchman with Norfolk Southern, and his family saw their home in Cedar Lake, Ind., destroyed and one family member was treated at a local hospital for smoke inhalation, according to a report from the Northwest Indiana Times.

Welch’s sister-in-law, Amanda Riley, has established an online fundraiser to assist Brother Welch, who has been a SMART-TD member for almost a decade, his wife and his daughters, 12 and 9, as they attempt to rebuild their lives.

Please follow this link if you are able to donate and help the Welch family in their time of need.

Our union is in mourning after losing Jose “Joe” Alfaro, a member of SMART Transportation Division for more than 15 years, to the COVID-19 pandemic on Nov. 13. He was 58 years old. 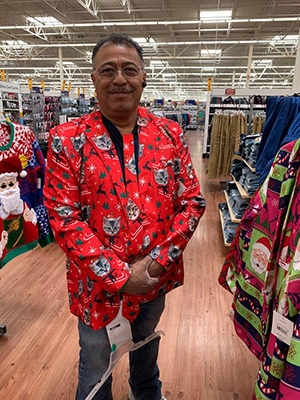 Brother Alfaro was a member of Local 18 in El Paso, Texas, and worked as a trainman/brakeman for Union Pacific.

He leaves behind his wife of 22 years, Ruoana and four children: Avan Brian, Mia Brianna, Vanessa and Robert.

An online fundraiser has been established by Local 18 Secretary & Treasurer Catarino Montero with the proceeds going to benefit Brother Alfaro’s family.

“His wife and kids wanted us to thank you from the bottom of their hearts for your prayers and donations. She is grateful for everything you all have done,” Montero wrote on the GoFundMe page. “We personally wanted to thank everyone for all your donations and help during this time. At the end of the day, we are all a railroad family and unite to help one another out, and during these tough times it has really shown!”

“Joe always would show up to work with a smile and a genuine greeting, so even if you were having a bad day, he always seemed to bring out the best in you.”

“He was a great switchman and better friend.”

Follow this link to contribute to the GoFundMe campaign.

Due to COVID-19 restrictions, there are currently no plans for a memorial service. In lieu of flowers, donations to the fundraiser would be appreciated.

SMART-TD offers its sincere condolences to Brother Alfaro’s family as well as his union brothers and sisters in Local 18 and beyond.

Brother Matt Bryant of Local 1067 (Virginia, Minn.), his wife and their three children lost their house in a fire Aug. 14 and could use some help as they attempt to rebuild their lives. 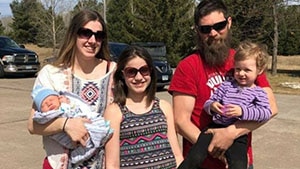 A GoFundMe online fundraiser has been established to assist Brother Matt Bryant, his wife, Jenna, and their children Emma, 11, Grace, 3, and Matty, 1, after a house fire.

Bryant, 34, a conductor with Canadian National, was furloughed in late May and had returned to service Aug. 10. Just four days later, he, his wife, and their three children saw their home in Carlton, Minn., destroyed.

No one was injured in the fire, as fortunately the family members were all outside of the house when it happened.

“They are currently waiting to rebuild, which will take some time,” said Michael Strand, secretary of Local 1067.

In a display of union fraternalism, Devin Clolinger, an applicant to Local 1067, has established an online fundraiser to help Brother Matt, his wife, Jenna, and their children Emma, 11, Grace, 3, and Matty, 1.

Please follow this link if you are able to donate and help the Bryant family in their time of need.

Sad news was reported out of Local 1929 (East St. Louis, Ill.) with the passing of Layla Lynn Thomas, the 2-year-old daughter of member Craig Thomas, after a sudden illness.

An online fundraiser has been established for the family of Layla Lynn Thomas, 2, who passed away last week.

Layla was rushed to the emergency room March 18 and diagnosed with Influenza A. Her condition developed into a rare condition called necrotizing encephalopathy. After more than a month in intensive care, she passed away April 23 with family at her side.

Thomas, who just joined SMART Transportation Division in January, has not been with Kansas City Southern long enough to qualify for vacation, FMLA or personal time. An online fundraiser at GoFundMe.com has been established to assist Thomas and his family in this time of unimaginable grief. A donation of up to 30 personal leave days for members to help Thomas also has been established by General Chairman Sam Habjan in cooperation with the KCS labor relations manager.

“This will take quite some time for Craig to be able to return to work,” said Adam Zink, 1929’s local chairperson. “It would be great to have railroaders help him in his time of need.” 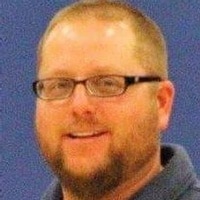