Archive for the ‘Amtrak Negotiations’ Category

“In continuing contract talks with Amtrak, we are striving to obtain an equitable agreement for our members.

“Certification pay and the interpretation of single days continue to be the obstacles holding us up. I remain confident that with the efforts of our UTU negotiating team, we will be able to obtain an agreement that will be beneficial to the Amtrak members.”

Said Sampson: “We are continuing negotiations with Amtrak with a goal of obtaining an equitable agreement for our members. Certification and the interpretation of single days are important issues to Amtrak conductors and assistant conductors.

“With the continued efforts of both the general committees, and the assistance of International Vice President John Previsich, we will obain an equitable agreement.”

Sampson said the next negotiating session with Amtrak is tentatively scheduled for July 22. 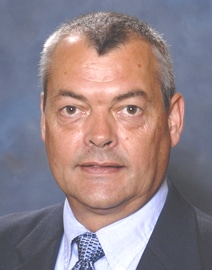 Collective bargaining with Amtrak over revisions to the current wages, benefits and work rules agreement continues.

This report to the membership follows a briefing we provided the general committee during its recent quadrennial meeting.

Railway Labor Act Section 6 notices were exchanged with Amtrak in January 2010, and numerous bargaining sessions have been held since, with Amtrak General Chairpersons Roger Lenfest and Bill Beebe leading the UTU negotiators. I am serving as an adviser.

The next bargaining session is scheduled for mid-June.

Discussed at the most recent bargaining session in Philadelphia were improvements to the rates of pay, rules and working conditions, including conductor certification pay and an improved away-from-home meals allowance.

Given that Congress recently slashed federal assistance payments to Amtrak — and Amtrak is responding with an attempt to cut all its costs across the board — the negotiations are especially difficult.

In the face of these challenges, our negotiating team is working closely with the UTU’s financial and health care experts and the UTU National Legislative Office to ensure we are fully armed with concrete facts and data to support the items in our Section 6 notice.

At the most recent negotiating session, Amtrak restated its position that funds are not available for any costs beyond those already contemplated in its earlier proposal to the UTU. Amtrak says that given the difficult economic times, it isn’t possible to improve their initial offer.

In response, our UTU negotiating team advised Amtrak that their proposal is not acceptable — that it is “bare bones” and does not address many of the issues of concern to UTU members.

We told Amtrak that items in our Section 6 notice come directly from the membership as a result of membership outreach efforts by general chairpersons Beebe and Lenfest, and that each and every item requires good faith consideration during the negotiating process.

We continue to utilize an interest-based bargaining approach that takes into account the needs of both parties when crafting a final settlement. Interest-based bargaining historically has proven very effective in obtaining a satisfactory resolution, oftentimes producing results that are more favorable than those that can be obtained from a traditional demand-based negotiating process.

However, for the interest-based process to be successful, both parties must be fully committed to considering the needs and desires of each participating group. We maintain that a “take it or leave it” offer by Amtrak flies in the face of interest-based bargaining — and we have made that clear to Amtrak.

Amtrak responded that it will come to the next bargaining session in mid-June fully prepared to discuss the items set forth in our Section 6 notice.

While the UTU will continue to employ an interest-based strategy in negotiations, our negotiating team is fully prepared to move forward with a more traditional style of negotiations if at any time it appears that would be a more productive route.

The objective of the UTU negotiating team remains obtaining the best possible agreement for our members during these challenging economic times. As such, we will employ whatever proves to be the most effective strategy in accomplishing our goal.

The next negotiating session is planned for mid-June, and an update will be provided UTU members following that bargaining session.

Bob Poole, founder of the Reason Foundation, a think tank advocating smaller government and more privatization — and expected to have influence on a new Congress heavily peppered with conservative Tea Party members — calls the BMWE demand “well beyond what the public would think is reasonable given the state of the economy and what’s happened to private sector compensation over the last couple of years,” reports Bloomberg.

Amtrak funding by Congress next year will face “much tougher scrutiny than they have ever had” as the House Republican leadership and a more conservative Senate consider deficit reduction, Poole told Bloomberg.

Congress determines Amtrak’s annual subsidy — $1.58 billion in fiscal year 2010, reports Bloomberg — and could cut back on Amtrak funding or impose its own labor agreement if negotiations between Amtrak and any of its unions reaches an impasse and the sides cannot agree to recom

mendations of a presidential emergency board. Under the Railway Labor Act, existing contracts remain in force until amended.

Bloomberg quotes BMWE official Jed Dodd as urging his members to hold out for more than the almost 15 percent over five years already agreed to by the Transportation Communications Union (TCU) and Amtrak. The UTU is still in contract negotiations with Amtrak.

During the previous round of Amtrak negotiations — which took eight years to conclude — Amtrak agreed to wage increases of some 35 percent over 10 years, reports Bloomberg. That agreement was retroactive to 2000.

Such notices are required by Section 6 of the Railway Labor Act and are served on each other by parties to existing agreements.

The national rail contract between the UTU and railroads represented by the NCCC became amendable on Jan. 1, 2010.

The existing contract will remain in force until tentantively negotiated amendments are presented to UTU members and ratified under the craft autonomy provisions of the UTU Constitution.

During this round of national contract negotiations with the UTU, the NCCC will be the chief bargaining representative for BNSF, CSX, Kansas City Southern, Norfolk Southern, Soo Line, Union Pacific and numerous smaller railroads.

Other railroads, including Amtrak and U.S. operations of Canadian National, negotiate individually with the UTU.

Some 40,000 UTU members are affected by these national contract talks with the NCCC, and the resulting agreements frequently set patterns for other negotiated rail agreements.

UTU International President Mike Futhey, who headed the UTU team that negotiated the most recent member-ratified amendments to the existing agreement, will lead the UTU negotiating team in this round of collective bargaining. Members of the negotiating team will be selected later in November.

Other rail labor unions will negotiate their own agreements with the NCCC.

Major elements of the UTU’s Section 6 notices include: