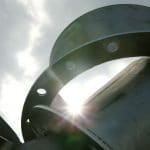 A new Canadian study has found that unionized construction workers reported 23 percent fewer injuries that require time off than their non-unionized counterparts. The study was conducted by the Institute for Work and Health and focused on the time period between the years 2006 to 2012. It was published by the Journal of Occupational and Environmental Medicine and is the first peer reviewed Canadian study to investigate union safety in Ontario’s construction industry.

The study focused on claims from over 40,000 construction firms. The study also found that while unionized firms filed fewer claims for injuries that required time off, they actually filed more claims for injuries which resulted in “no lost time.” According to Institute for Work & Health Senior Scientist Dr. Ben Amick, co-lead investigator on the study:

“These findings suggest that unionized workers are encouraged to report injuries, including injuries that don’t require time away from the job. At the same time, these reporting practices enable construction unions to better identify and proactively manage workplace hazards that lead to injury.”

The journal article concludes that apprenticeships and more of a focus on safety and training requirements allow union workers to report incidents without fear of retaliation. You can read more here via We Party Patriots.