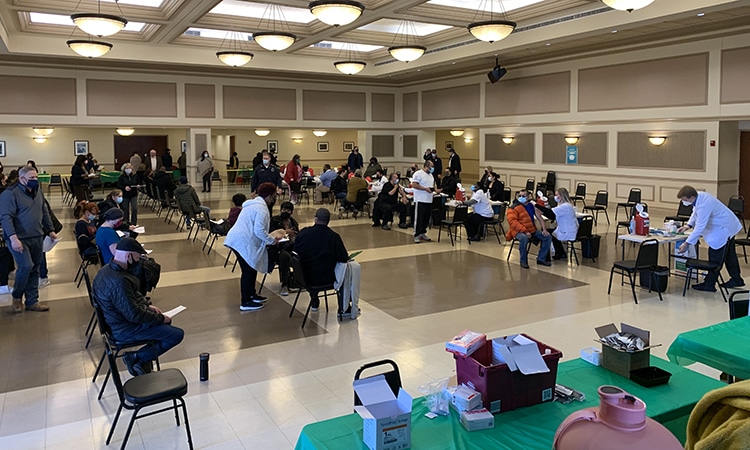 Hillside, Ill. – SMART SM Local 73 is partnering with Proviso Township and Jewel-Osco to provide added capacity for COVID-19 vaccine distribution efforts, with its union hall functioning as a vaccine injection site. More than 1400 vaccines were administered today between 9am and 4pm at the local hall in Hillside, just west of downtown Chicago, for residents of any of the 15 villages in Proviso Township.

“This wouldn’t be happening in Hillside today without Local 73 stepping up and helping out,” said Hillside Mayor Joseph Tamburino, who was at the vaccination site throughout the day. “They set the room up and did everything we asked them to do and it’s fantastic. Their facility is just perfect for this.”

The union hall effectively functioned as a one-day pop-up vaccine clinic. The site was thoroughly cleaned and prepped ahead of time and a sanitation crew will be coming Monday night and doing a deep clean of the space.

“This wouldn’t be happening in Hillside today without Local 73 stepping up and helping out.”

“We are proud to partner with Proviso Township, Jewel-Osco and Mayor Tamburino to provide a safe, convenient location for members of our community to receive their vaccine,” said Local 73 President and Business Manager Raymond Suggs. He added that the local is looking to help with additional vaccination days in coming weeks, depending on vaccine availability.

Nationally, SMART is part of a coordinated effort by U.S. building trades unions to make their facilities available to President Biden’s COVID-19 Relief Task Force for U.S. vaccine distribution. In February, the Governing Board of Presidents of North America’s Building Trades Unions (NABTU) voted unanimously to offer more than 5,000 union halls and training centers to the vaccine distribution effort. 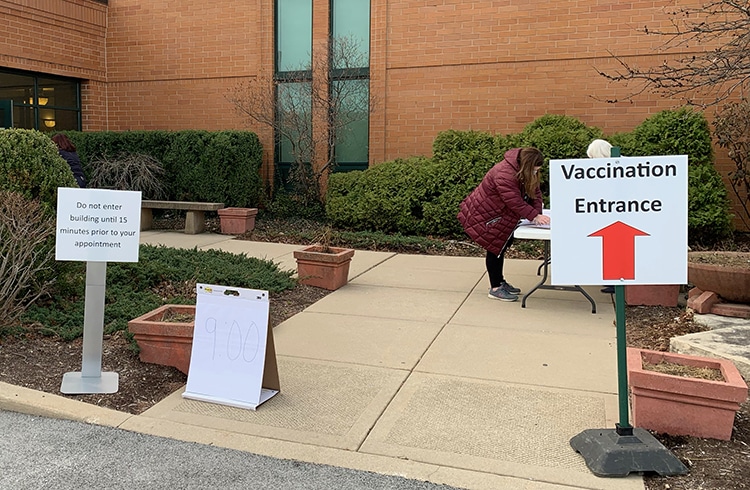 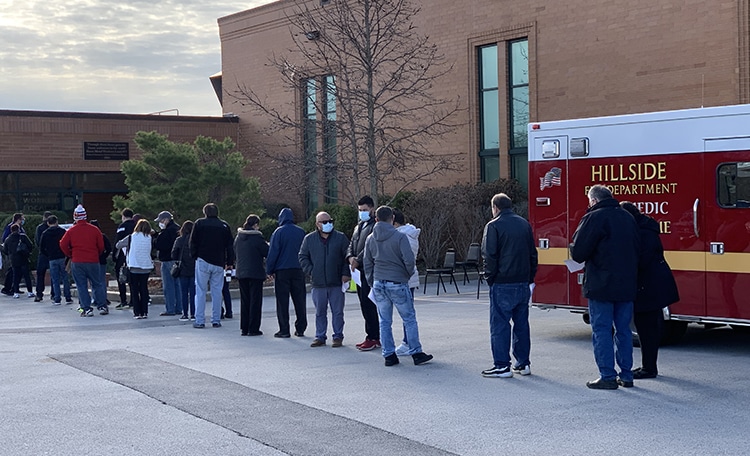 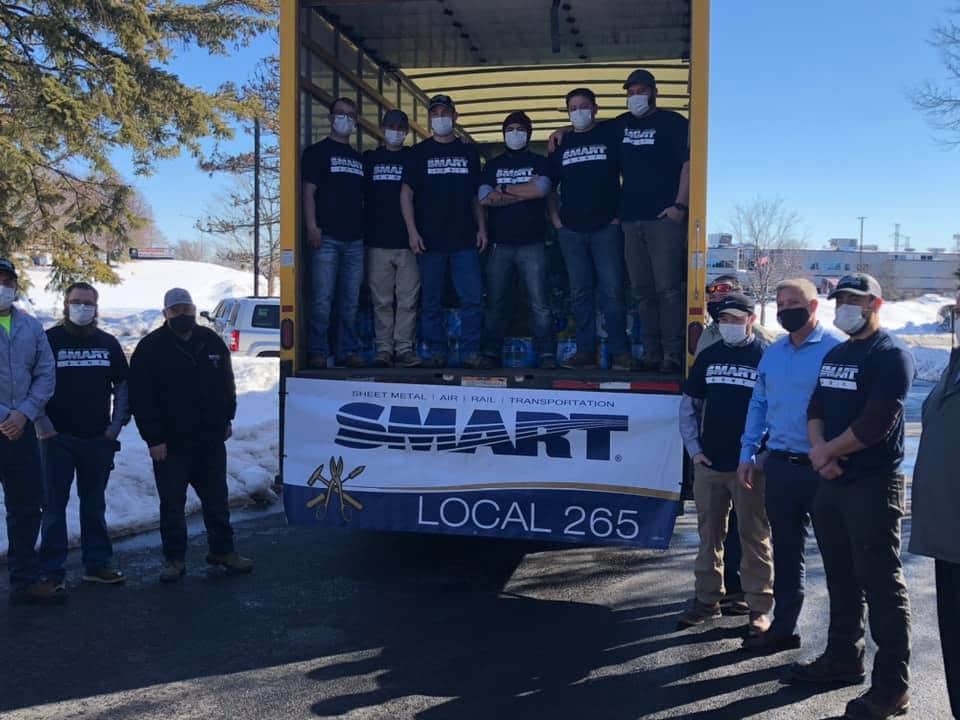 CAROL STREAM, IL – SMART Illinois Locals 73, 219 and 265 have organized a “Texas water drive” to gather donations of bottled water and ship truckloads to families in Texas who lack access to clean water in the wake of the state’s recent winter storms and power outages.

As Texas’ power grid collapsed during frigid temperatures, causing some households to also lose access to clean water due to interrupted supplies or burst pipes, SMART Local 265 members began asking what they could do to help. They communicated with other members of the union in Texas and were told people needed clean water more than anything else.

“I hope it helps them with a small amount of relief to have the very basic necessity of water,” said Tom Syron, a Local 265 journeyperson who lives in Plainfield, Ill. Syron reached out to his local union president to see what they could do to assist and then helped spearhead the relief effort. 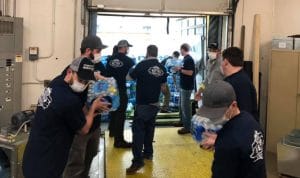 Local 265, which represents members serving the collar counties outside of Lake and Cook in Northeastern Illinois, launched a social media campaign to raise awareness of the specific need for water among its Texas members, as well as the community at large, and began to solicit donations. In less than 48 hours, the union mobilized to secure 16 pallets of water and two 26-foot trucks. Local 73 soon joined the effort, filling a third truck with donated water bottles. The three trucks rolled out from the Chicago suburbs for Texas early Wednesday morning, carrying a total of more than 30,000 bottles.

In Indiana, SMART Local 20 members purchased and donated more than $2,000 in residential plumbing supplies and fittings and shipped it all to SMART locals in Texas. The supplies will be given to members facing significant plumbing repairs after pipes froze and leaked during power outages.

“I could not be prouder of our members, our friends, our families and local employers that have contributed to this effort,” said SMART Local 265 President/Business Manager John Daniel. “We stand together when our members or communities need support, whether that’s in Illinois, Texas, or elsewhere. Actions like Tom’s make it very clear, the members are the union!”

“We stand together when our members or communities need support, whether that’s in Illinois, Texas, or elsewhere.”

SMART has more than 14,000 members in Illinois and over 7,500 members in Texas. Last Friday, the union contacted its locals across the country and quickly organized a national peer-to-peer text bank in which individual union activists from outside Texas reached out to members in Texas and asked how they were doing, did they need any help, and if so what would be most helpful. The text banking was critical to assessing what was actually happening on the ground, which Texas communities needed the most help, and where the union could set up staging areas for donated supplies as they arrived. 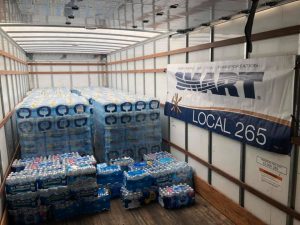 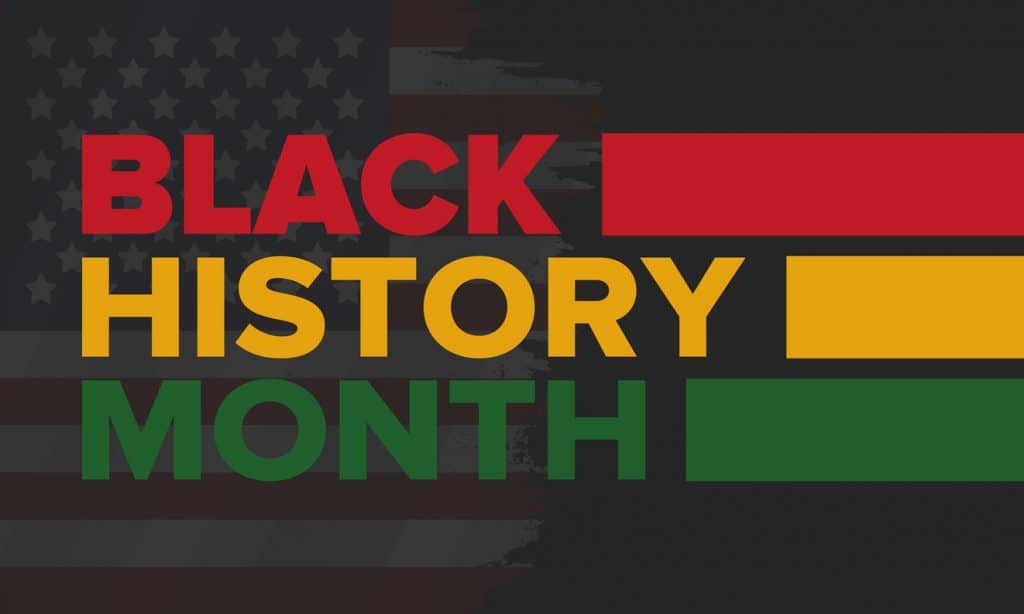 This February, SMART proudly joins with citizens across the United States and Canada to celebrate Black History Month. We honor the contributions of generations of Black scientists, activists, military members, public servants, writers, artists and more who have helped build our nations, shaped the labor and civil rights movements and worked tirelessly for justice and equality for all.

Blacks have also been groundbreaking labor organizers and developed numerous inventions that had major impacts across our economies, including in the North American rail industry. Here are just a few examples:

This year, Black History Month comes during a global pandemic that has hit minority communities the hardest, and shortly after domestic terrorists, including many self-professed white supremacists, attacked the U.S. Capitol and tried to stop the peaceful transfer of power following a presidential election.

We face the challenges posed by the pandemic and by appalling attacks on our democracy the same way we approach shared workplace concerns: By standing together, mobilizing and organizing for a better future.

As Dr. Martin Luther King, Jr., noted in a December 1961 speech delivered at that year’s AFL-CIO convention, the struggles and challenges of the labor movement are tightly intertwined with those of African Americans and the civil rights movement: “Our needs are identical with labor’s needs: decent wages, fair working conditions, livable housing, old age security, and health and welfare measures…” 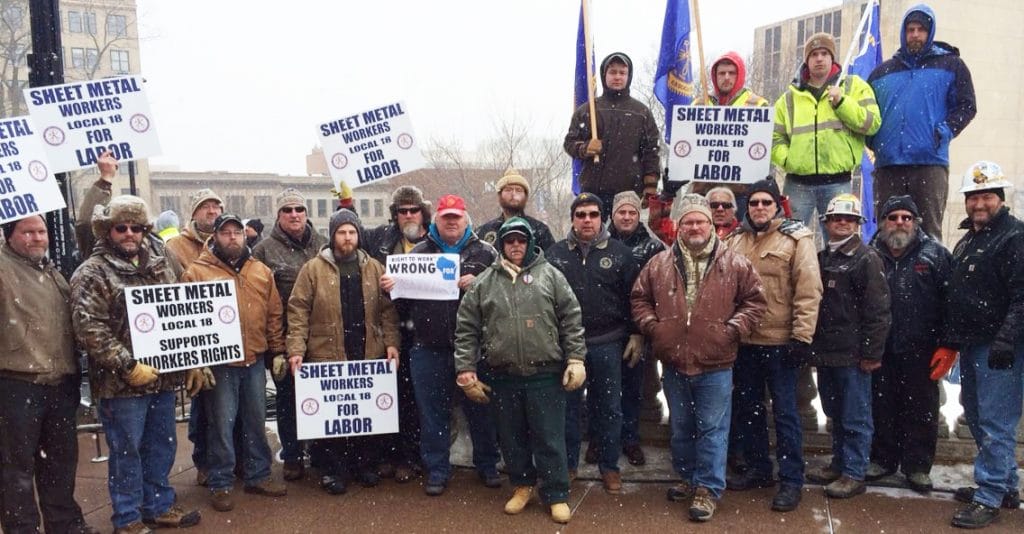